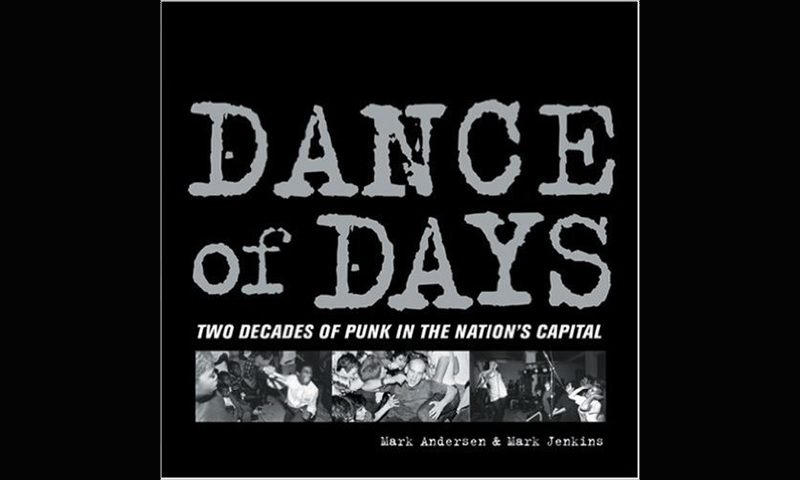 Review: DANCE OF DAYS: TWO DECADES OF PUNK IN THE NATION’S CAPITAL

DANCE OF DAYS: TWO DECADES OF PUNK IN THE NATION’S CAPITAL
MARK ANDERSON AND MARK JENKINS

Bringing you every single detail you’d want to know about the DC scene from around 1976 to the mid 90s, Dance of Days is a 400-page account of what life and punk was like back in its rawest forms. Tying in Jim Morrison, Dave Grohl and (of corse) Ian MacKaye all into the thriving “harDCore” scene, this book involves every instance, occurrence and battle that the DC scene had to go through to make a stand in the same place the founding fathers did over 200 years ago. Bringing light to tiny bands such as White Boy, HR, and Faith, the book describes how the foundation of D.C. music was founded. On top of that thick structure, bands such as The Germs, X and Teen Idles were both influenced by the large sound from D.C. or started to grow from it. The book depicts the beginning of Dischord Records and their attempt to record the boom that was taking place in front of them. The story of how these kids wanted to stray from the “teenage-troublemaking-through-drugs-and-sex” image to a clean way to live and make music paved the way for straight-edge. Entwined is the second wave of British Oi! and its influence. Skinheads, straight-edge and hardcore are all important aspects to look at when viewing the explosion of music from Washington, D.C., throughout the 80s. While the music media was focusing on heroin-using, groupie-screwing, trashy metal bands (which rock), the D.C. scene was making a statement about life–all of which is crammed into this thick book. –Katie Maloney