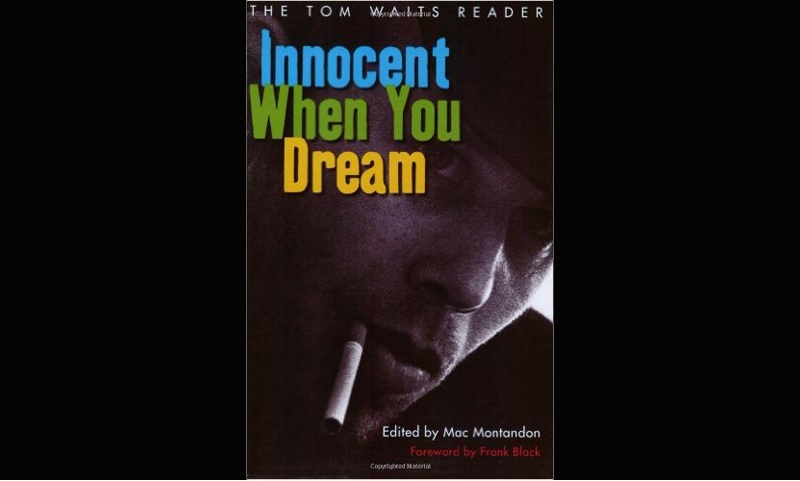 Review: INNOCENT WHEN YOU DREAM: THE TOM WAITS READER

INNOCENT WHEN YOU DREAM: THE TOM WAITS READER
MAC MONTANDON

Tom Waits is every man. He was your pool shark, chain-smoking uncle. He is a reclusive, hill-dwelling eccentric. He is a father of three and a doting husband. He is an inexplicable musical mystery. Innocent When You Dream is a compilation of interviews that chronicle the musical life of Waits from his sound-sensitive childhood to his beatnik Closing Time days to his latest beat box masterpiece, Real Gone. The interviews, which are conducted by Spin, Playboy and The Onion, to name a few, read a lot like Waits’ music–a beautifully dark hodgepodge of circus sideshow storylines told in a gruff voice over the clanking of an old oil drum. A few poems by Charles Bukowski thrown in fit the Waitsian philosophy like a puzzle piece you lost under the couch six months ago. No one will ever truly know who or what Tom Waits is–he’s an artful dodger when it comes to personal questions–but Mac Montandon comes damn close. –Shane Farver