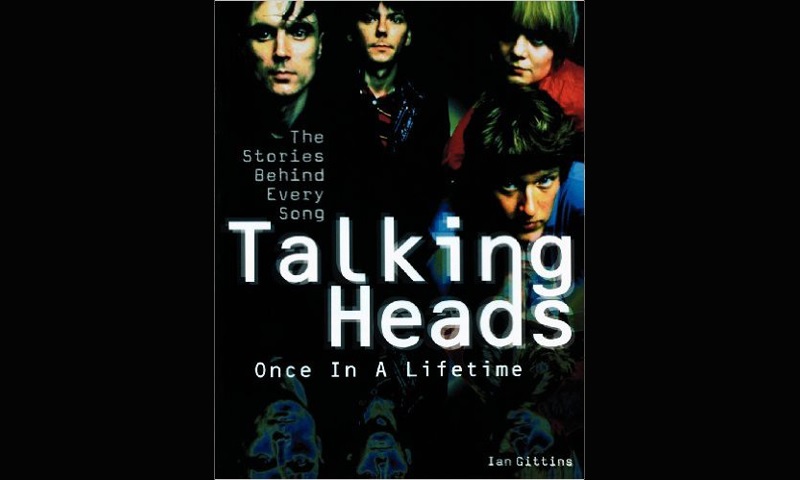 Review: TALKING HEADS: ONCE IN A LIFETIME – THE STORY BEHIND EVERY SONG

TALKING HEADS: ONCE IN A LIFETIME – THE STORY BEHIND EVERY SONG
IAN GITTINS

To understand one of the most eccentric bands in the history of modern music is a challenging feat. Thanks to brave authors like Ian Gittins, I’m beginning to do just that. As the title suggest, Once In A Lifetime explores the people, places, and most interestingly, the stories behind every Talking Heads song–79 album tracks and 13 B-sides and rarities, to be exact. It should be noted that this book is not a biography and only contains a brief summary of the band’s formation and a frustratingly abridged account of their 1991 break-up. Although highly informative, Once In A Lifetime’s limitations restrict it to the point of being no more than a supplementary guide for Talking Heads fanatics, whereas for the casual Talking Heads fan, it may be a better idea to start with an in-depth biography first, such as Fa Fa Fa Fa Fa Fa: The Adventures of Talking Heads in the Twentieth Century, by David Bowman. With over 80 black-and-white and color photographs and an ample supply of interesting stories, Once In A Lifetime will whet the appetites of music geeks and snobs alike, especially those who like to impress each other (and themselves) with trivial and obscure musical facts (you know who you are): i.e., do you know the name of David Byrne’s first child? –Ryan Shelton