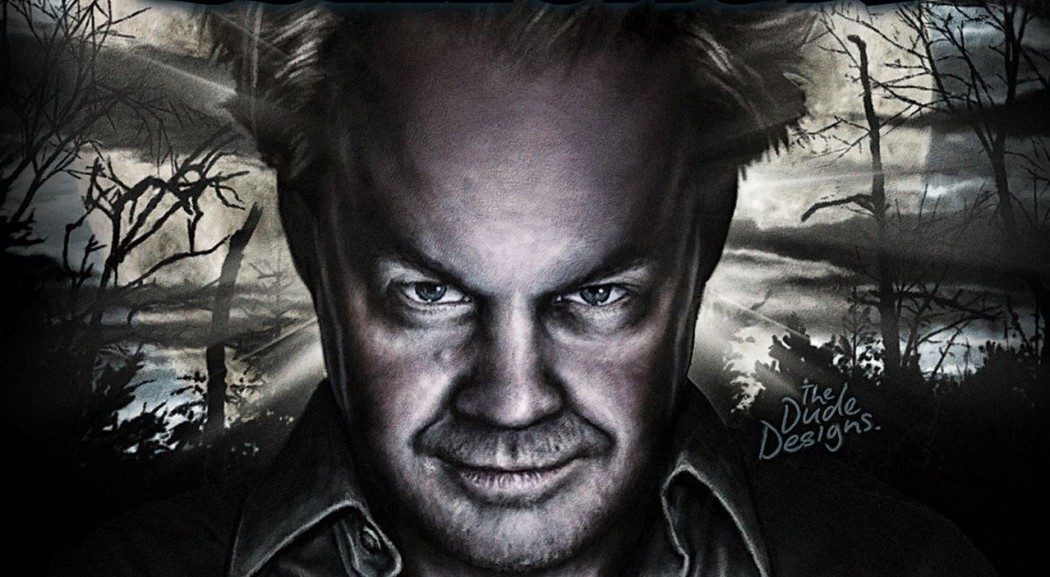 In this beautifully packaged BluRay box set, the minds of the Shout Factory release a collection of four of filmmaker Larry Fessenden’s gruesomest horrors: No Telling, Habit, Wendigo and The Last Winter, spanning nearly two decades of his impressive career. Fessenden has established himself as a multi-talented visionary in the indie filmmaking scene. As director, actor, writer and producer, his intimate knowledge of the process has allowed him to fully utilize its potential and bring truly primal human experience to wider audiences by way of his thoughtful and nuanced horror. His work isn’t about scares and gimmicks; he’s a keen observer of people, and it’s from people that he draws his darkness. By gathering a collection such as The Larry Fessenden Collection, and over such a wide span of time, fans can watch as Fessenden finds his voice and progresses in that vision. The earliest film in the set is No Telling, shot in 1991, and set in a familiar horror setting: a country house that looks more idyllic than it probably is. The story follows a wife, Lillian, who begins to suspect that her husband has relocated them up to the summer retreat for less than romantic reasons. The arrival of an environmentalist complicates things; they engage in a brief affair, and his presence forces Lillian to face the reality that her husband is conducting horrible experiments on animals in their basement for a pharmaceutical company. The experimental aspect is upsetting, not really in a Cronenburg body-horror way, but truly not far off in terms of visceral reaction. If Fessenden has any thread running through his works, it is environmentalism and the confrontation of what dreadful things humans can and will do for profit at the cost of natural balance. Habit, a cult favorite, is touted in the booklet as Fessenden’s “most autobiographical” project, wherein he not only plays the lead character Sam, but bases Sam’s tortured but functioning alcoholic persona on his own past issues with alcoholism. On the brink of a breakdown as his life spirals out of control, Sam latches onto a mysterious woman (almost a darker, proto-manic pixie dream girl) at a Halloween party as his newest crutch to keep his life together, only to discover she may herself be a far bigger monster than he is. The emotional performance of Fessenden in his only starring role in his own movies is not to be missed, and shows the capabilities of the horror genre when its interests are intertwined with genuine human experience. That Fessenden would rather work with ambiguity in his endings than certainty only adds a phenomenal punch to his narratives. Wendigo rethinks the monster/werewolf myth and frames it in the context of Native American legend, as visitors from the city clash through various terrifying encounters with nature itself before the actual monster makes any appearance. Using the power of the dark forest location to his advantage, Fessenden also makes use of the “unreliable narrator” tool, similarly used in Habit, by engaging the story through a child, the son Miles, leaving one to wonder how much of what he endured was real. The Last Winter includes badass actors Ron Perlman and Connie Britton in a tale of isolated horror at an arctic oil drilling station. Much like Wendigo, the film carries a pro-environmental message in its plot, which revolves around a visiting environmentalist finding evidence of climate change-related problems at the rig that may have resulted in a man’s death. Things turn bizarre from there and actually call back to the Wendigo as vengeful spirit dolling out punishment to oil-hungry humans. As is his style, the unanswered questions left by the ending are all part of the heavy (yet charming) dread Fessenden carries through all his films. Each of the films in The Larry Fessenden Collection has been transferred to an (director approved) HD format for optimal viewing, and is accompanied by a grip of special features that will delight Fessenden fans and fans of filmmaking in general, including audio commentary with Fessenden and cast members, making-of features, archival footage, deleted scenes, and even some of the director’s short films. Along with the discs is a full-color booklet that delves a little deeper into the making of each film, allowing the filmmaker to explain his own vision to the reader directly; there are also some awesome stills, behind-the-scenes photos, liner notes, story boards, and movie posters littered throughout the booklet. Fessenden has never had his work collected in such a way before; fans should absolutely not sleep on it.