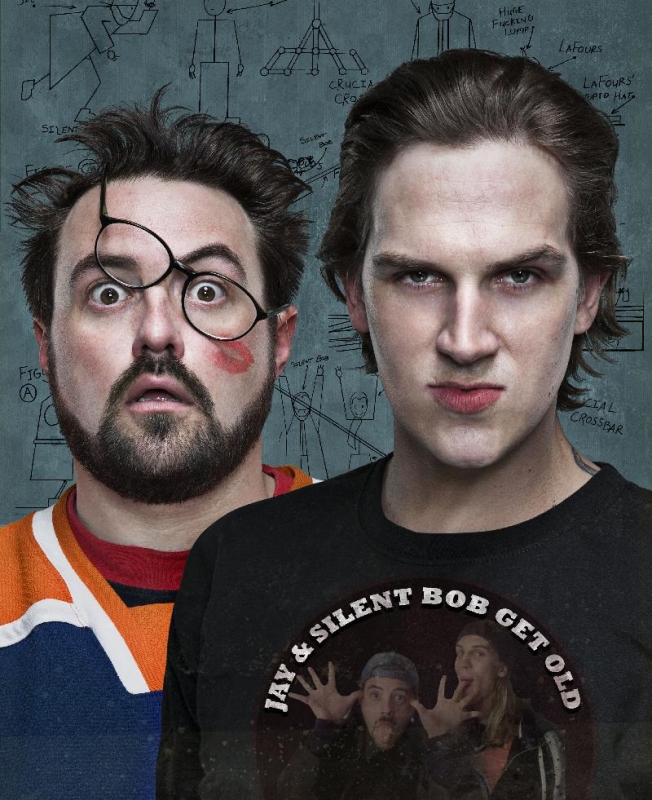 Kevin Smith and Jason Mewes will take over Death Ray Comics on Sunday, followed by podcast recordings for the shop’s one-year anniversary.

Kevin Smith and Jason Mewes will be appearing Sunday, along with Will Wilkins, at Logan’s Death Ray Comics to help owner Trent Hunsaker, and a store full of fans, celebrate the store’s one year anniversary. Yes, you read that right – Jay and Silent Bob will be in Logan.

“Well Trent [Hunsaker] had won a one on one phone call with Kevin [Smith], while [Smith] was doing an AMA on Reddit,” said Wilkins, who hosts a podcast with Hunsaker called Netheads, on Smith’s Smodcast network. “And then Kevin started talking to Trent and found out about his store and said, ‘Why don’t we just come and record a show there?’”

Wilkins and Hunsaker’s podcast, a staple on the Smodcast network and one of its longest running shows, is a celebration of nerd culture that is filled with references and discussions about it. At the celebration, Smith will be a guest on Hunsaker and Wilkins’ podcast Netheads. Following that, Smith and his long time sidekick, Jason Mewes, will be recording their podcast Jay & Silent Bob Get Old.

“It’s a friend of our friend’s comic book store, and it’s their one year anniversary,” said Mewes when asked about the appearance in Logan, “and Kevin asked me to come down, and it’s just going to be comics, podcasts, friends and fun.”

Mewes, who just turned 40, has had his past few years well publicized thanks to a battle with a heroin addiction. Now close to 1500 days sober, a milestone he attributes to his friend Smith and his wife – among others, Mewes uses the Jay & Silent Bob Get Old podcast to stay accountable for his sobriety.

“At first I was like, I don’t know if I want to sit there and share all of these filthy drug stories,” said Mewes when asked about the early days of the podcast, “but now it’s been a few years and it is helpful and a lot of fun, him and I spending so much time together.”

The show is now closing in on its 150th episode, and has become one of the main sources of support for Mewes. “[The show] has brought us [Smith and Mewes] so much closer over the last few years and now it makes me accountable to him and the show,” said Mewes. “I’ve gotten to the point where I worry, if I mess up again, not only will I be disappointing my wife and disappointing Kevin, I’ll be letting down all of the people that listen – I have bad dreams about it.”

The Netheads podcast will begin at Noon at Death Ray Comics, located at 72 W Center in Logan, and will be followed by the Jay & Silent Bob Get Old recording at 3pm. Tickets have been sold out for a while, with people coming from as far as Denver. For more information check out Death Ray Comics and Seesmod.com.