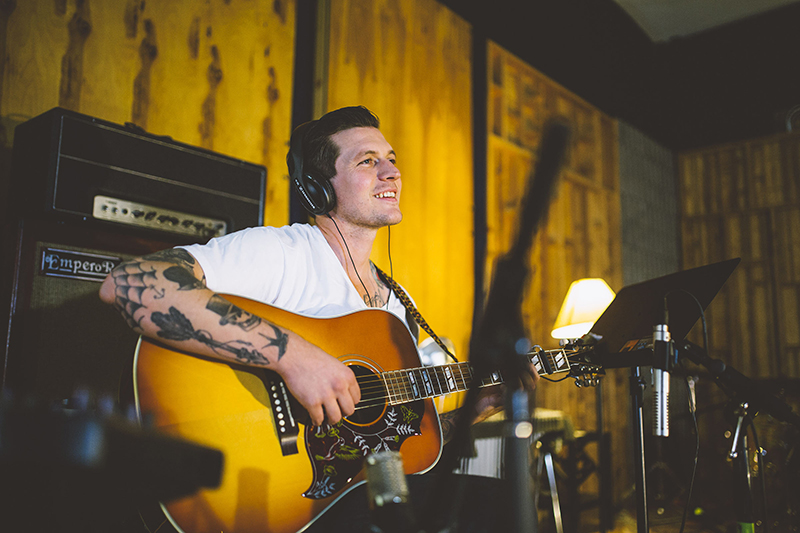 Ithaca-born cowboy, Dan Fletcher, knows how to pull at your heartstrings. Fletcher’s poetic performance is sure to put you in a feel-at-home trance. His most recent full-length album, Brooklyn Romantical, released in May, doesn’t carry a tune of traditional rock, folk or country and demonstrates the fluidity of Fletcher’s storytelling. Raised in Provo, later found his way back to New York City at the age of 25, where he played subways and parks. Now 32, Fletcher has settled down in the comfort of Utah’s Wasatch Mountains.

Fletcher started writing music when he was eight years old, around the time he saw the music video for Nirvana’s “Smells Like Teen Spirit.” By the age of 12 Fletcher was already in a punk rock band in Provo. When he turned 18 he moved to Salt Lake City and started playing in hardcore bands like Cherem and City to City as well as touring with the San Francisco–based band First Blood for a few years.

After that, Fletcher moved to New York and settled in an illegal paint factory that had been turned into apartment flats. “It’s the Brooklyn that you see in Vice,” says Fletcher.

You may catch some familiar names in Brooklyn Romantical—the album was recorded with Wes Johnson at Salt Lake’s Archive Records and with help from local musicians like Vincent Draper (drums), Trever Hadley (bass) and Tate McCallum-Law (lead guitar).