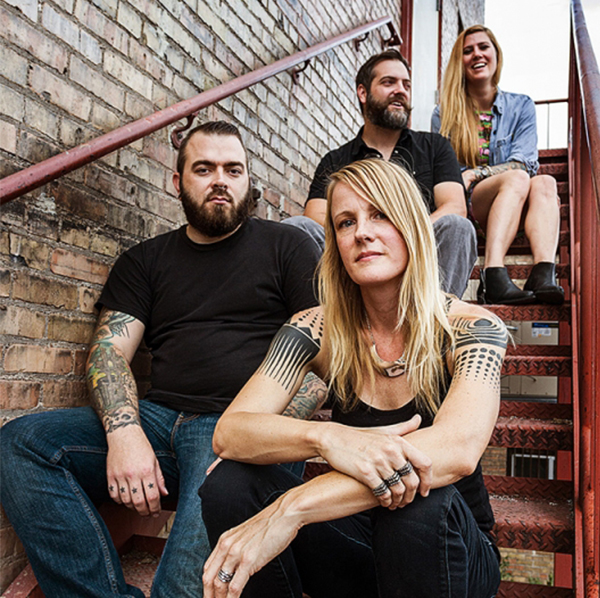 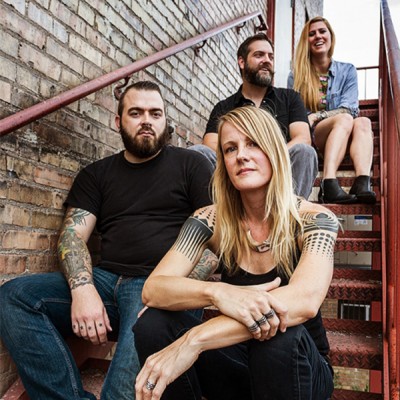 Dan invites five of our rad SLUG staffers into the studio to find out what local bands they have been listening to this year in Salt Lake City’s music scene with a Local Music Roundtable on Episode 130 of SLUG Mag Soundwaves.

– Light/Black are a four-piece alternative rock band that formed in April of 2012 and have had our Editor in Chief, Angela Brown swooning ever since. Ethereal vocals and heavy guitar mixed with slow, pounding drums create a humble, spiraling, doom-laden sound that dares to rival the tones of stoner-metal bands from the 90s.

– The Pentagraham Crackers are a group of seasoned Salt Lake music scene veterans and their years of combined experience would explain why they have been able to capture such a wonderful sound with their music. These gentlemen put forth sounds like they are from parallel universe where summer never ends and the beer never dries up and that is exactly the kind of place you could find our Digital Content Coordinator, Cody Kirkland.

– With so many bands and groups popping up, it’s hard to find music that actually comes from the soul. SLUG’s Managing Editor Esther Merono has fallen in love with The Circulars because they have captured a slowly disappearing romanticism in their music. Their songs bring up wells of emotion not only because it is beautiful, but because you can hear these artist’s passion for their music in every strum, lyric and pounding of the drum.

– Cornered By Zombies technical prowess over a guitar and a drum set make them a force to be reckoned with in Salt Lake City’s metal scene. Alexander Ortega, Editorial Assistant at SLUG HQ glorifies this duo because they produce some of the loudest, fastest and technically superb metal in the Valley and they do it without a vocalist or bassist.

– Blissfully surreal, Mideau is a pairing of talented musicians who have used their project as a means to produce some of the most incredible indie-pop that has come out of Utah County. Every nuance and word and its presentation is meticulously planned and because of that dedication their final product is a magic that our very own Office Coordinator, Gavin Sheehan can attest to.

– The Hollering Pines album Long Nights, Short Lives and Spilled Chances is full of lessons and musings on love and the hardships we all face day to day within ourselves and with those we know and love. Our Soundwaves host, Dan Nailen is privy to the raw, untethered emotion that The Hollering Pines possess with their breathtaking interpretation of the Americana genre.