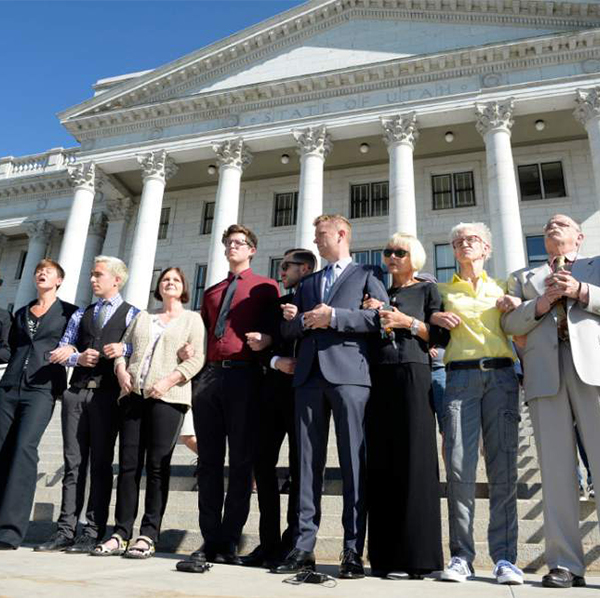 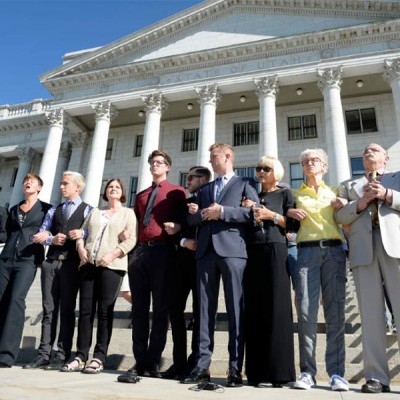 This week we’re checking out the serious legislative activity that has been going on in Utah and has been receiving nationwide attention. We speak with members of the Capital 13 and LGBT activist, Babs De Lay about the current state of gay rights here in Utah and the effect on the LGBTQ community. We hear music from Salt Lake City’s “freakshow soul-funk” group, La Femme Medea.

– On February 10th 2014, 13 community members supporting senate bill SB-100, blocked entrances to government meetings and demanded that the bill be discussed and voted on, rather than passed off without a second thought. These 13 people were later arrested and taken to jail for their efforts, and we at SLUG needed to know more, so we spoke with three members of the Capital 13 to discuss what happened that day.

– The Femme Medea may only have three members, but what they don’t have in numbers they make up for with their incredible sound: a gender-bending play on epic soul and folk music with beautiful vocals and lyrics backed by a sweeping cello and simple percussion. The group is currently recording a full-length album, but we have their single, “Brave,” to share with you.

– When Utah’s Amendment 3 was overturned and deemed unconstitutional, thousands flocked to courthouses across the state for the chance to finally be married. As quickly as the decision had been made, the Supreme Court put a stay on further marriages and our own Gov. Herpderp (Herbert) said those marriages would not be recognized by the state of Utah. SLUG sat down with LBGTQ activist Babs De Lay about her experience with this ruling and how it has affected her and her marriage.