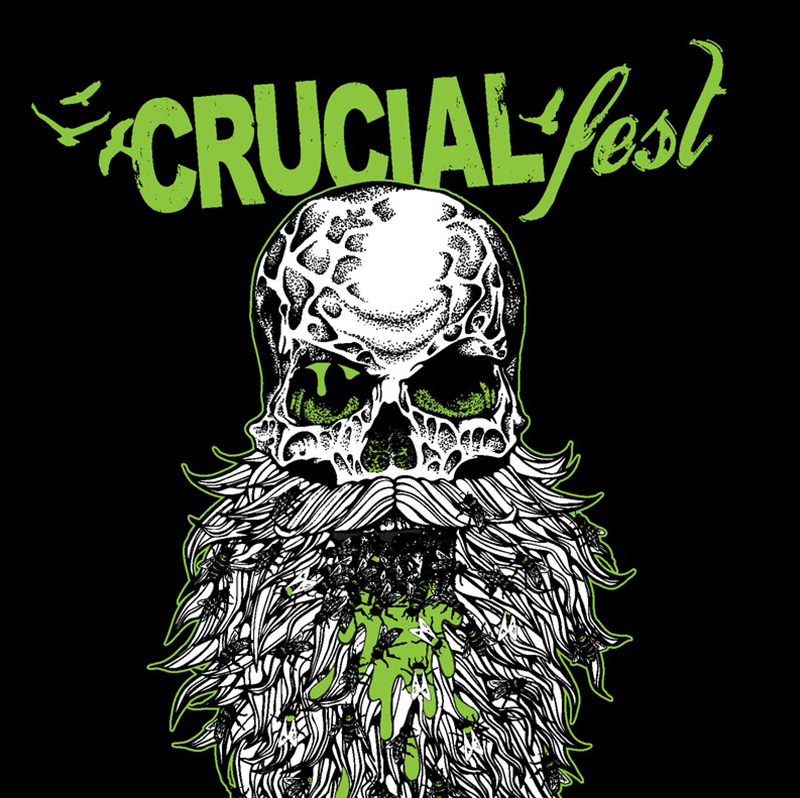 In this episode of Soundwaves, the official podcast of SLUG Magazine, we preview CrucialFest 5 happening June 18-21 in Salt Lake City with an interview from Top Dead Celebrity with SLUG writer RGB Robb. We also listen to music from their latest album and a track from SLC band SubRosa.

Top Dead Celebrity are a four-piece rock band from Salt Lake City. The currently lineup includes Jeff Anderson, Jeff Johnson, Jesse Mills and Andy Patterson. The band originally formed back in 2007, releasing their self-titled album in 2009, followed by the highly-acclaimed Midwestern Rube in 2011. After a nearly three-year hiatus, the band returned in early 2015 with a brand new full-length album called High Horse. We’re going to listen to a conversation with the band later in the episode, but first we’re going to play a track from their latest album. This song is called “Ghost.”

SubRosa are an experimental doom metal band from Salt Lake City. The group are currently composed of Rebecca Vernon, Sarah Pendleton, Kim Pack, Levi Hanna and Andy Patterson. The band started in 2005 with Vernon helming and entirely different lineup, releasing their first album, The Worm Has Turned in 6 They followed it up with their second full-length album, Strega in 2008, and No Help For The Mighty Ones in 2011. The band went into a hiatus in March 2011, eventually returning with a renewed lineup in late 2012 and releasing their latest album, More Constant Than The Gods, in the fall of 2013. We’re going to play a track from their 2013 album, this track is called “Affliction.”