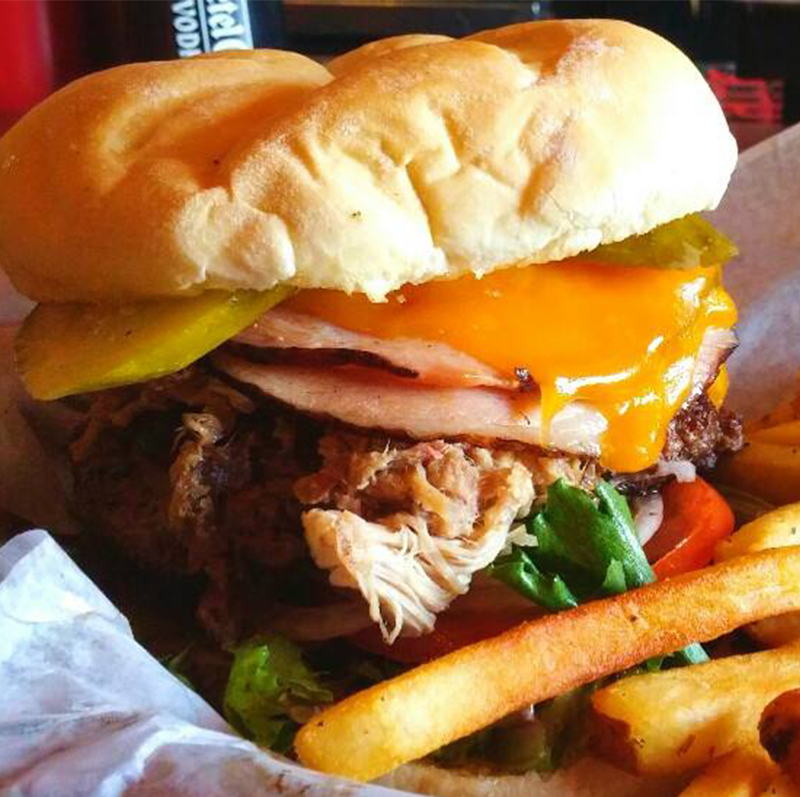 This week on Soundwaves, the official podcast of SLUG Magazine, we explore the best burgers Salt Lake City has to offer, first with Managing Editor Alexander Ortega talking with Jeffrey Steadman of Yelp, and then with Rob Dutton of Lucky 13. In this episode we’ll be speaking with a pair of musical and cultural influences that are making an impact in Utah County, Studio Studio Dada and The Medusa Collective

Among the candidates for the best burger in Salt Lake were Proper Brewing, Copper Commons/Copper Onion, Rye, From Scratch, Bumblebees (Korean Burgers), Local Chains (Apollo, Astro, Crown, etc) and Lucky 13. As a self-proclaimed (and well known) burger aficionado, Alexander Ortega sought out the best burger in Salt Lake out of this list of qualifiers, which he discusses in this episode of Soundwaves.

Lucky 13 is a bar and restaurant located in Salt Lake City. The place features some of Utah’s biggest and most experimental burger choices, including the Nut Butter Burger, Fungus Amongus, the Big Benny and the Real Double Double. The restaurant also features the Lucky 13 Challenge, where if you can finish The Big benny and the Lucky 13 Burger in one hour by yourself, you receive $200 Cash. Over the past few years the restaurant has won several awards and received national recognition and attention for their unique menu and challenge. I sat down and chatted with founder Rob Dutton to talk about the place and their menu.