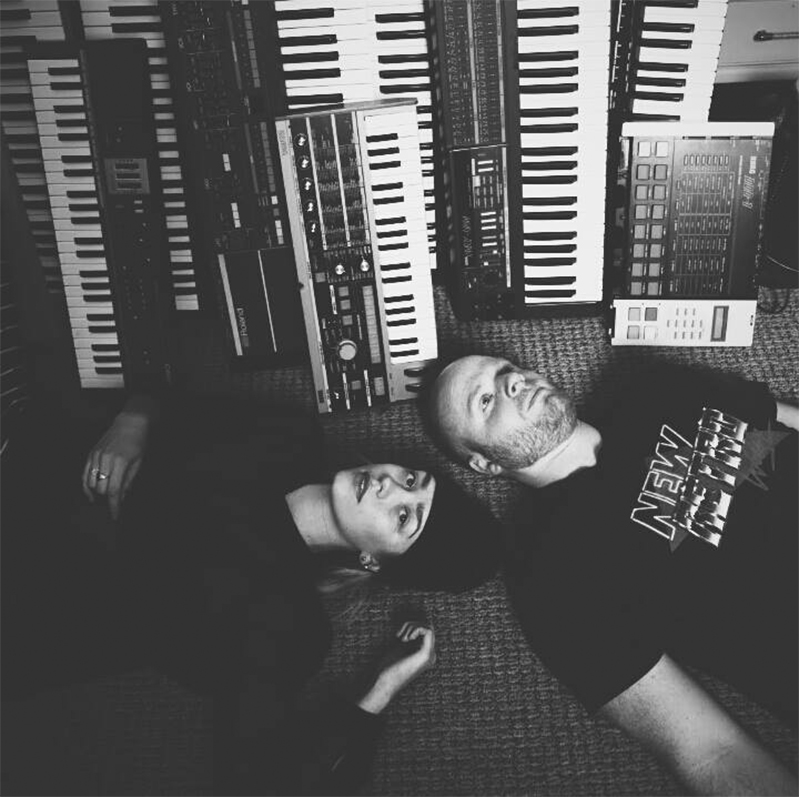 On this episode of SLUG Mag Soundwaves, the official podcast of SLUG Magazine in Salt Lake City, Utah, we interview Provo-based synth pop band New Shack. The band released their first full-length album Shadow Girl in June of this year. We’ll listen to tracks from the album such as “Operation” and “Stereo Seduction,” as well as learn about how the duo create their unique sound, and how the music scene in Provo has affected them.

New Shack is Catherine Leavy and Eric Robertson The duo first began collaborating while Leavy lived in Germany and Robertson was in the States. Their entire EP was created while they lived on different continents, and was a huge success. The EP was picked up by Indie Shuffle, various blogs, and was signed to We Are The Future. Since they first began collaborating, the duo has only recorded one song while living on the same continent. Shadow Girl is the duo’s first full-length album and was released with Future City Records on June 12, 2015. New Shack discusses licensing a song with MTV’s Awkward, talks about how people have found their music, their musical influences, and their decision not to tour.

You can find more information about New Shack on their website www.newshackmusic.com

Thank you for listening to SLUG Mag Soundwaves. Send us suggestions about what you would like to hear on the show by emailing us at soundwaves@slugmag.com or on Twitter @slugsoundwaves.