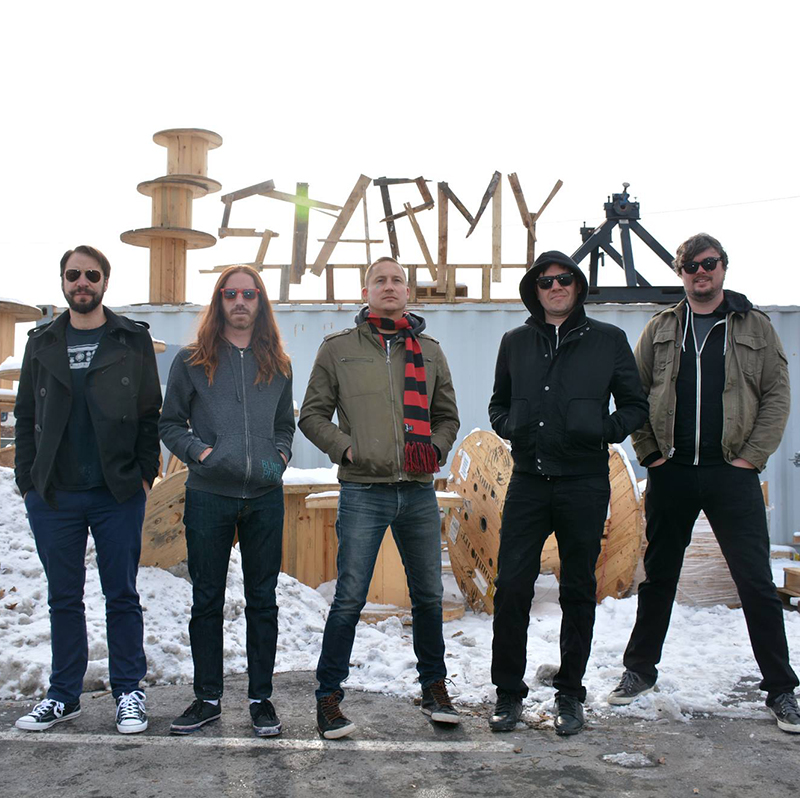 On this episode of Soundwaves, the official podcast of SLUG Magazine in Salt Lake City, Utah, we interview the five-piece rock band Starmy about the release of their latest and final album, Heart Beat Breaks Glass. An acronym for Salt Lake UnderGround, SLUG is one of the oldest independent publications in the United States, covering music, arts, lifestyle and events.

Starmy are a five-piece rock band based out of Salt Lake City that have been together since 2001. The group’s current lineup comprises Mike Sartain  (vocals and guitar), John Lyman (bass), Sean McCarthy (keys), Mike Sasich (guitar) and Dave Payne (drums). Through many lineup changes, the band has released six full-length albums. Earning themselves praise in the local music community and even best band of the year from City Weekly in 2003. Before enterting the Man vs. Music studios last year to record a new album, the band decided that Heart Beat Breaks Glass will be their final album. SLUG writer Kristyn Porter sat down in the Soundwaves studio to chat with Sartain and Payne about putting the album together and their decision to make it their last.

Thanks for listening to SLUG Mag Soundwaves. For all things SLUG Magazine, visit SLUGMag.com.