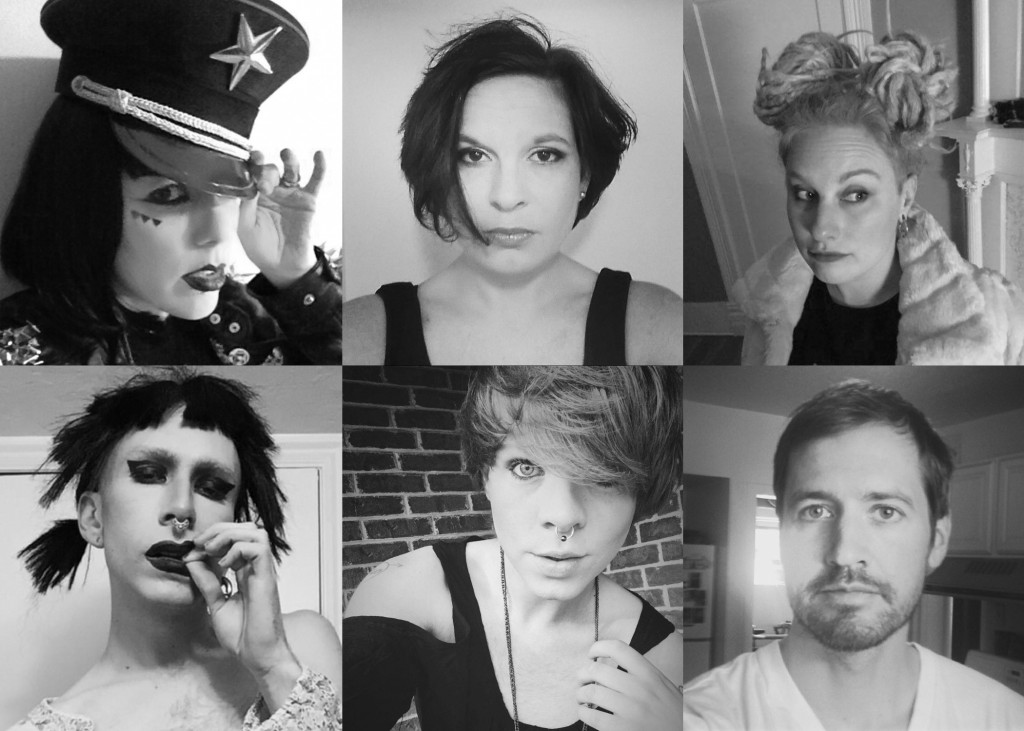 This week’s SLUG Soundwaves features the local avant-garde pop group Elytra. Lindsay Heath, the founder of this project, has been performing for 17 years in an assortment of bands. Heath is a musician, a painter and a voice for the millennials. Joining her in Elytra is vocalist Scotty Ray, founder of the Bad Kids Collective, a collective of queer artists that encapsulates anyone from DJs to drag performers to singers.

Heath started Elytra after coming to an end of her solo project—she wanted to create something different and collaborative. She approached Ray at Craft Lake City’s DIY Festival after he had played a show with La Femme Medea.

“Scotty Ray is going into very personal places with his lyrics and story telling,” says Heath. “He’s a perfect voice for everyone in the band.” Heath would like listeners to know that the members of Elytra have all been through a lot of hardship. “Each of the members are very authentic in who they are and how they’ve come to establish themselves in this place,” says Heath. “Being queer in a Mormon-dominated state requires a strong individual.”

“The album takes you on a journey of being a millennial: what you go through as a queer person in a conservative community—what you go through as a human being in today’s world,” says Ray.  A large part of the project for Ray as a lyricist is de-stigmatizing mental illness and being able to be vulnerable and open about his experiences and his pain.

Elytra hope that the light in their music can keep others going, as they’re able to do for each other. That’s what they want to share: Being able to come together as a group and express this unique perspective and voice, musically.

You can catch their upcoming show at Club Metro May 23, opening up for James McCartney.

Thanks for listening to SLUGMag Soundwaves.

SLUG Magazine’s mission is to provide an honest journalistic alternative to mainstream coverage of arts, music, events and lifestyle. SLUG adds value to lifestyle through community engagement. Available in print and digitally on slugmag.com.