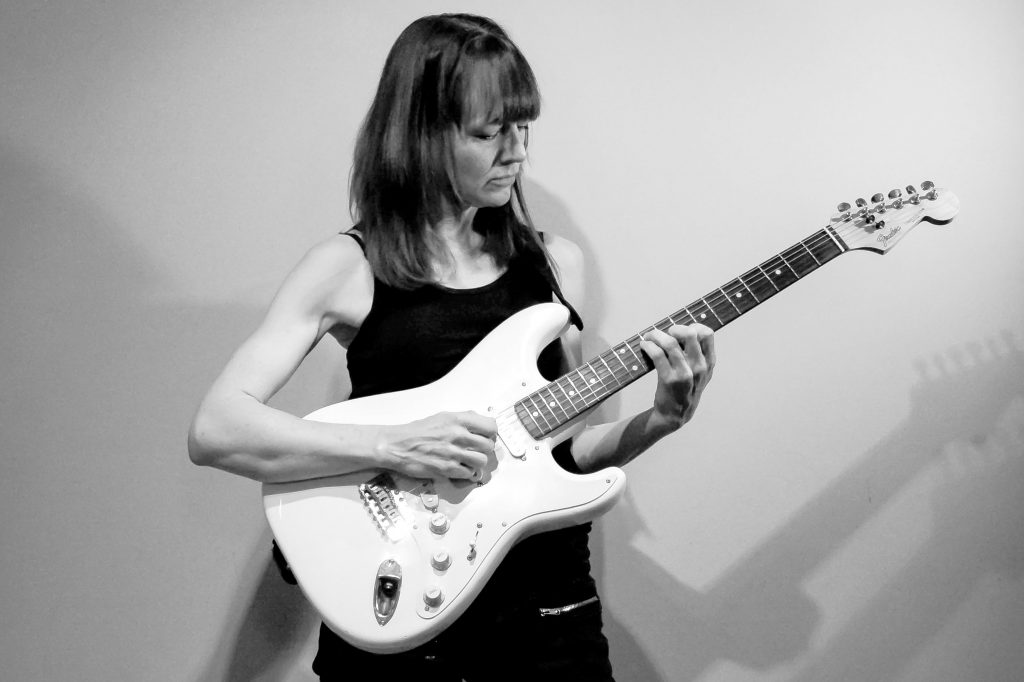 Shupe started her musical career when she was very young. “I do not remember the first time I held an instrument,” says Shupe. “I come from a very musical family—the Shupes. There is a long legacy of fiddle music.” The Shupes have five generations of fiddlers, mostly from her father’s side, while her mother’s family is much more focused on choral music—which gave Shupe the perfect blend of songwriting and creating harmony with learning instruments at an early age. “We were very much required to play music,” she says. “My dad knew just enough to direct us in playing. I played fiddle and mandolin. Every morning of the weekday, he would get us up one at a time—starting with the oldest—and we would play for one hour. It was always really fun for me and I looked forward to it. It was just a good time.” Music was top priority in her family’s life. “We would spend our entire summers going to Colorado a lot. There’s a lot of bluegrass in Colorado. There was a chunk of four to six weeks where we would take off and tour straight through.” Shupe and her family would play at various gigs around the state, from corporate places to shopping malls to small fairs—dressed like pioneers. They would play Telluride, RockyGrass, the Grand Targhee Festival and more. “I actually get more stage fright now than I did then.”

Shupe’s stage presence started as young as five years old, when she played mandolin in a bluegrass festival. “I don’t recall that, actually,” she says, “but there’s a picture. It’s on an album with all these hippies.” For ten years starting at age 13, Shupe was in a band called String Fever, which started its performances at Lagoon amusement park in Ogden, Utah. Within the last 10 years, Shupe has been part of numerous bands including Urban Breakdown and Pony Ride. “It’s more about getting together with friends and playing,” says Shupe. “It’s more focused on enjoying the experience. I have a very complicated relationship with music.” Upon going to Los Angeles, Shupe picked up the electric guitar and began experimenting with rock n’ roll. “I’ve always felt like somewhat of an imposter in rock n’ roll,” she says. “Until now. I felt like it was time to branch out. It feels more freeing, that I can express myself in a more true way.” Combining her rock experimentation with her practice of folk and bluegrass, Shupe began writing and creating Shupecabra’s first album release.

Shupecabra’s EP started off as a pet project. “I got this Logic program and set it up on my computer,” says Shupe. “I was really able to take my time and do it myself. It became something. It started as a little seed, and now I have six songs. It grew out of the idea to just make something—I had no expectations beyond just creating it.” Survival Songs truly is a survival album, its songs written during the toughest and darkest times of Shupe’s life. “Through my life, I’ve written a lot of songs for myself,” she says. “Kind of power tunes that I can sing to get through hard times—and this is definitely that. I feel like I’ve sorted through lot of things and have come to a place of more strength.” Creating the album has given Shupe a constructive way for her to boost her confidence after surviving difficult times. One particular song, “Shame Sister,” was inspired by a therapy group at Utah’s local Rape Recovery Center. “There as a very dark night that I did not believe I would live through,” says Shupe, “that I woke from, and I decided I would go get some help.” Three months after signing up for the therapy group, she joined an art therapy group, and one of the assignments was to write a song. “It’s a story of my struggles and kind of the soul I bring to the world. It’s been one of those power tunes that I sing to myself to get through.” Shupe hopes that her album is inspiring and helps others gain strength, adding to the many voices of people who are sharing their stories with the world.

The song on this podcast, “Light at the Surface,” features a few local artists, including Kiki Sieger singing harmony. “It’s definitely a song that I wrote for myself to tough it out,” says Shupe. “Don’t go—you gotta stay.” The song is an upbeat track, entering with quick cello. Shupe’s rock ballad voice breaks through the instruments with power, followed by Sieger’s backup harmony.

To hear more of Tara Shupe’s music, visit tarashupe.com or shupecabra.com. Join Shupecabra on Friday, Jan. 13, at Metro Music Hall for the Survival Songs CD release. Shupe will play alongside JRANK and Color Animal. Tickets are $10, which includes a CD to take home.