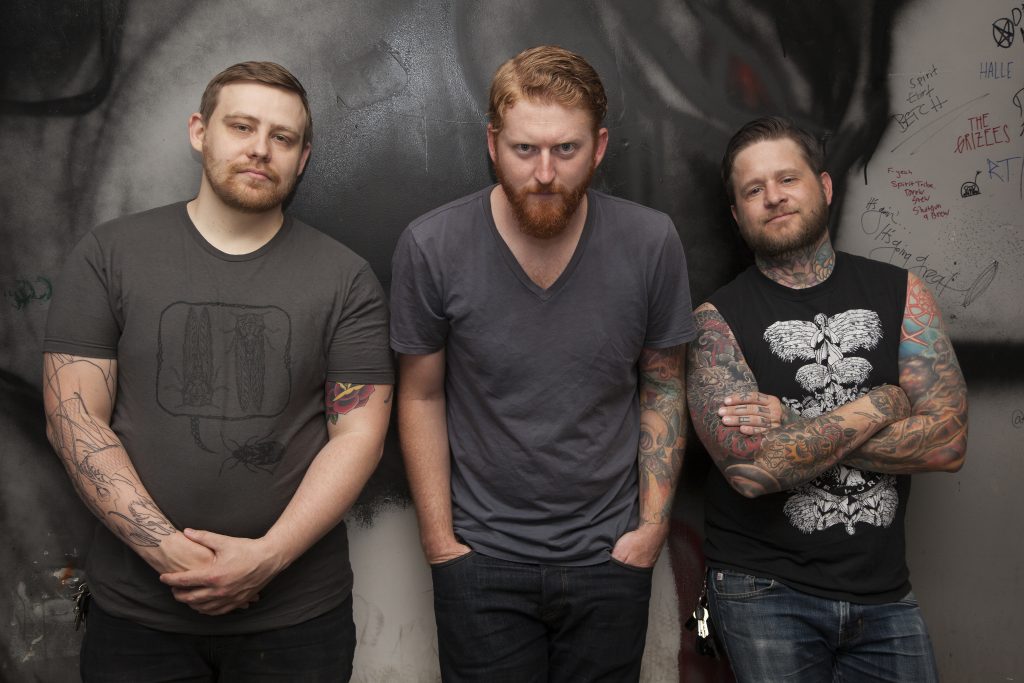 SLUG Mag Soundwaves
Episode #262 – The Ditch and the Delta

Secrist’s lyrics place himself in his music, adding to the band’s political tone. “I don’t think you can remove personal life from politics,” says Secrist. “…I drink more whiskey than any human should ever drink, but I still care about the planet and people. I care about people dying. I care about war. I’m anti– systems that give some people a lot and take away life for others.” Some of their content even covers the controversy from #gamergate, where college students Zoë Quinn, Brianna Wu and Anita Sarkeesian stood up for female representation in video games but were then targeted with harassment including doxing, threats of rape and death threats. When Sarkeesian spoke at a college in Utah and it received bomb threats, the school took no measures to ensure that she would be safe, including refusing to check for guns at her speech. “These women [were] being threatened, and their families [were] being threatened just for wanting more representation in their world, which is gaming,” says Secrist. “The song ‘Fuck on Asphalt’ is about angry boys … that are so vicious, so dangerous online, but if you meet them, who knows what they’d be about?”

Also, The Ditch and the Delta’s music always, in one way or another, directly connects to Utah—either the dominant or counter culture. “Growing up in Utah, it’s hard to remove myself from Utah,” says Secrist. “And everybody that lives here understands the love and hate of living here: wanting to leave but also the beauty of it and the amazing people that are here.” Between political statements, progressive metal thrills and a badass sound, The Ditch and the Delta is standing up for social justice in creative and head-banging–worthy ways.

The track you’ll hear on this podcast is “Mud.” Don’t miss The Ditch and the Delta’s album release show on May 12 at the Beehive Social Club (666 S State) at 7 p.m. with Crow Killer, Despite Despair and Die Off. The first 20 people to show up get a record for only $10. The show is $5 and all ages. You can check out The Ditch and the Delta’s music at theditchandthedelta.bandcamp.com or follow them on Facebook at facebook.com/theditchandthedeltaslc/.