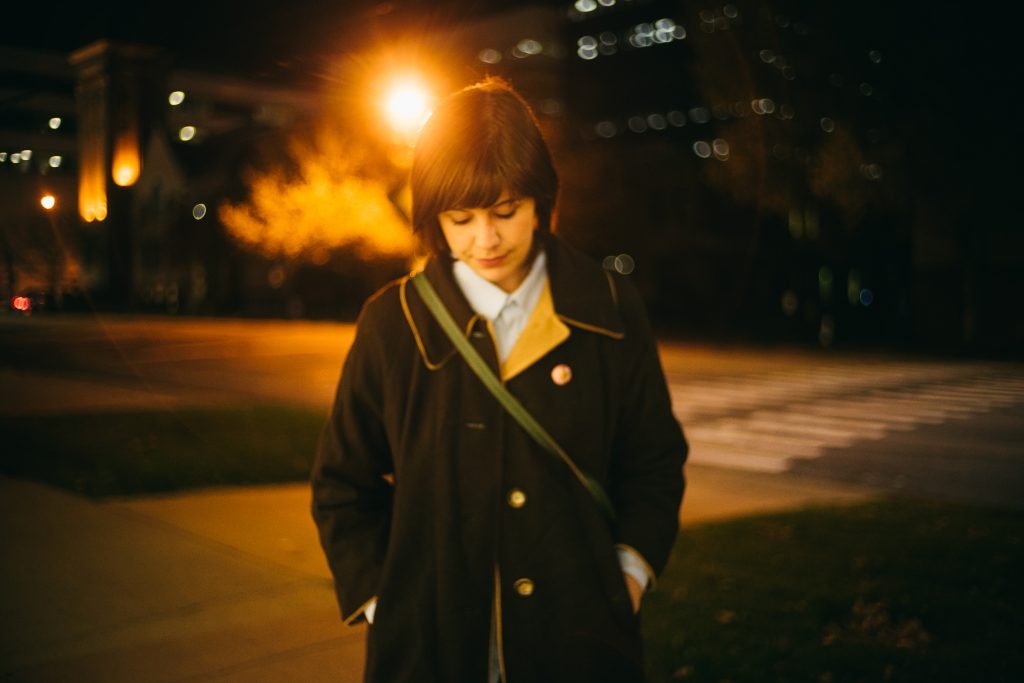 Having grown up in Ogden with talented parents, Pollett’s musical career started early, around the age of 8. “My dad taught music lessons out of our house,” she says, “so I lucked out with that. But as far as writing my own stuff, I was a pretty young teenager doing that.” Pollett started recording at the age of 14 through GarageBand, writing and playing songs that she felt matched the same tones as the bands she would see at Kilby Court, where eventually she started playing shows. “I honestly think I was about 15 when I played there,” she says. “Which I still have no idea how I did that.”

Pollett eventually moved to Seattle, accompanied by sweetheart Jory Caroll. “He’s also a musician,” says Pollett, “so he saw the appeal of the Pacific Northwest, and we wanted to go out there together.” However, Seattle proved to be a place that was missing something that Utah always had: the feeling of home. “I just thought, ‘We could be back home,’” says Pollett. “We could afford a much cheaper house. We could get a yard and a garden and things that were important to me that I didn’t realize had been important to me until that point.” And so Pollett and Caroll moved back to Salt Lake City. “The music scene here has always been so encouraging and warm and welcoming to me,” she says. “I had just wonderful support from so many different people.”

When Lavender Vinyl opened in Ogden, they asked Pollett if they could release her album. “I thought, maybe I could revisit these songs from 2014,” says Pollett, “and create something with this community that I’d been such a big fan of.” Pollett’s friends, such as Wolfe and Smith, started sending her potential additions to her songs: guitar riffs, cello harmonies and added vocals. “I was just totally flattered and amazed that somebody would want to do that with something that I wrote,” says Pollett. “These people that I knew that were great musicians liked these songs enough to kind of come up with these new ideas for them—I thought, ‘Well, maybe these are the right songs.’” Pollett gathered some of her closest musician friends, and they started live-tracking Strangers together inside of an airplane hangar at the Ogden airport. “Each time was just the most fun experience,” she says. “Even though we were getting so much done and [were] so productive, we were just having a great time. We were laughing and joking and freezing our asses off.”

The song you’ll hear on this track is “Ghost,” one of Pollett’s few songs that she had written during her time in Seattle. Don’t miss the release show for Strangers at Funk n’ Dive Bar on Saturday, July 8, where Pollett will perform along with Taylor Ross Wilson, Goose Chase and Fort Defiance. If you can’t make it out to Ogden, no worries—on July 9, Josaleigh Pollett and her full band will be playing at none other than Kilby Court with Caitlin Lucia and Vincent Draper and the Culls. Strangers on vinyl is available for pre-order at both shows. For more information and to grab your copy of the album, check visit josaleighpollet.bandcamp.com.