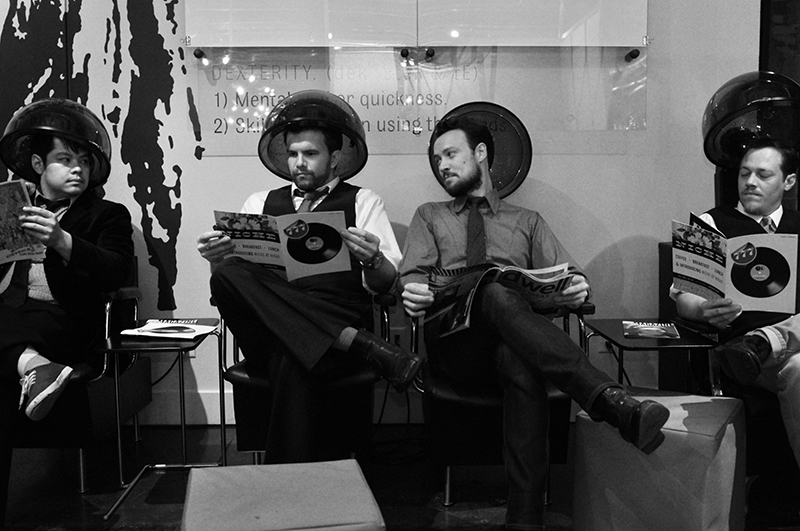 Tolchock Trio guitarist/singer Ryan Fedor‘s birthday surprise could have been a birthday train wreck. For his birthday, his wife organized a Tolchock Trio reunion show for the band—who hadn’t played together since 2013—which was initially a surprise … but practice. Fortunately, once the cat got out of the bag, Tolchock Trio has been practicing and will be fully prepared for their reunion show.

In this episode, Fedor talks about Tolchock Trio’s history, from the very first practice in 2000 to when they disbanded in 2013, the band’s influences and also shares his feelings about the big names they’ve played with.

Since Tolchock Trio had been attending shows at Kilby Court, they decided to take their first step and try to play there. They then would be exposed to the noisy, loud music scene that they found they could fit into. “When we first started this band, we kind of had a mission statement,” Fedor says, It was My Bloody Valentine meets Wilco, which is totally weird because they don’t go together at all. We wanted a textural, drone-y thing, with bits of country and folk licks.” This unique foundation would lead the group towards different influencers like Blonde Redhead, Pixies and Built to Spill, all of which would become evident in their first album.

Fedor also dives into the attitude of the Trio (which often included four or five members at a time), “We’ve always wanted to be provocative,” Fedor says, “We were okay with playing very noisy or drone-y, because that’s what we like.” Playing the role of the provocateur always worked for Tolchock Trio, because they were comfortable with being confrontational. “Whenever I hear an established band do that, I really respect it,” Fedor says.

The weirdest thing about this show isn’t the surprise of it all, but it’s the urge to play a show again. “There’s a longing to play these songs again,” Fedor says. “When they asked me to play this show, I was already in a place where it was pulling at me.”

Tolchock Trio will be playing a compilation of their greatest hits at Urban Lounge on Friday, Aug. 4.