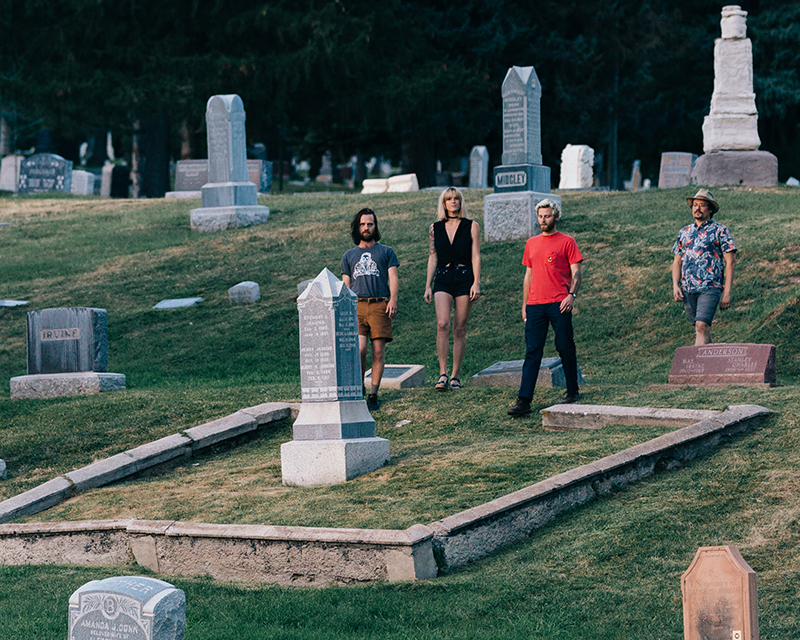 It all began with a tarot card reading in 2015. After jamming for a few days, four new friends were presented with multiple powerful cards, which made for high hopes for the future that awaited them. The death card, which inspired the band’s name, is a symbol for rebirth and change that happened in the group’s past. All of these cards’ messages were arrows pointing forward for the group, and once they got the reading, they continued to play music and find their sound in their living room.

When they realized that they jibed together as a band, they rose with the moon, which often is a critical component of the band’s story. “In the night is when we felt so much power and juju and inspiration,” Muse says. “It was weird. None of us could function like normal humans during the day.”

When Tarot Death Card received their invitation from Crucialfest, they were taken completely off-guard. “As far as I knew, the past six years of Crucialfest [have] been metal,” Muse says. “When I started to read the invitation in more detail, it was, ‘We want to expand the reach of Crucialfest’ … I was shocked at first, but then I was really excited.”

Tarot Death Card are constantly releasing new albums and accumulating singles to compile into another official EP. “I think our sound has evolved so much,” Muse says. “We recently picked up a BPM, and it totally changed our sound from what you hear on the Moon EP.” By releasing at least one song a month, Tarot Death Card are constantly improving and adding new elements to their sound.

Tarot Death Card kick off Crucialfest 7 on Friday, Aug. 31, at Metro Music Hall with the One More Time Daft Punk tribute, at 7 p.m. For more information on Tarot Death Card, check out their Facebook page: facebook.com/Tarotdeathcard