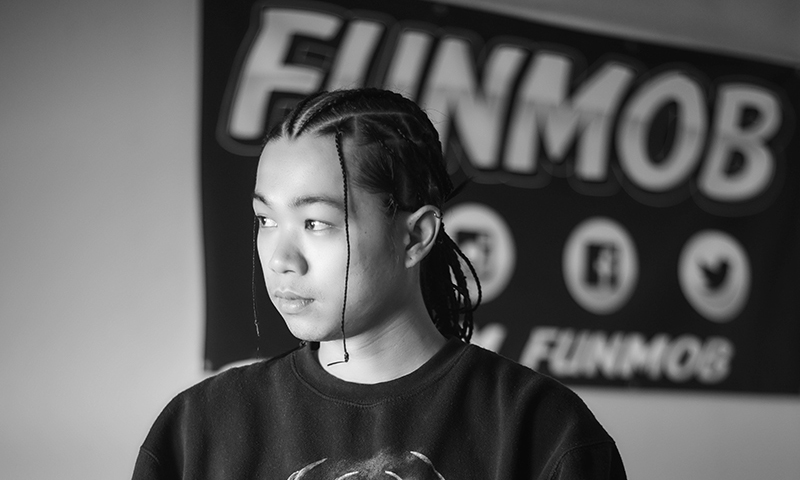 In anticipation for his set during CrucialFest 7, hip-hop artist LongShotSAM (Sam Chanthalisay) talks about the early beginnings in his creative journey, how his culture shaped his work and as an individual growing up in North Logan, and how he got his name on the Crucialfest 3 and Crucialfest 7 setlist.

When SAM was young, his older brothers influenced him a lot. “I was the youngest of four boys,” he says. “I was always the tagalong and doing whatever they were doing.” This led him to find one of the most influential songs of his career, “Dear Mama” by Tupac. “I could just relate to it so much because I was so close to my mom,” SAM says. “I just remember how powerful and how talented he was in that song, and it inspired me.”

Being a minority, rap and hip-hop gave SAM something that he could relate to. Since a lot of people from his hometown were into extracurricular activities and participating in hobbies that he and his family couldn’t afford, SAM found comfort in coming home to his music. “My parents didn’t really have the time or the money to sign me up for those things,” he says, “but picking up a pencil and a notebook is free. So, I gravitated towards music and art.”

SAM also mentions how his childhood friend,  Bryan Harris, introduced Jarom Bischoff to SAM’s music. Bischoff would eventually give him the chance to have is first performance ona  Crucialfest 3 stage. Once Jarom heard the Extra Curricular EP, he liked it, which lead to SAM performing in this year’s fest. “I’m coming prepared with heat,” he said. “If it’s a 15-minute or a 30-minute set, no matter what they give to me—I’ll be ready.”