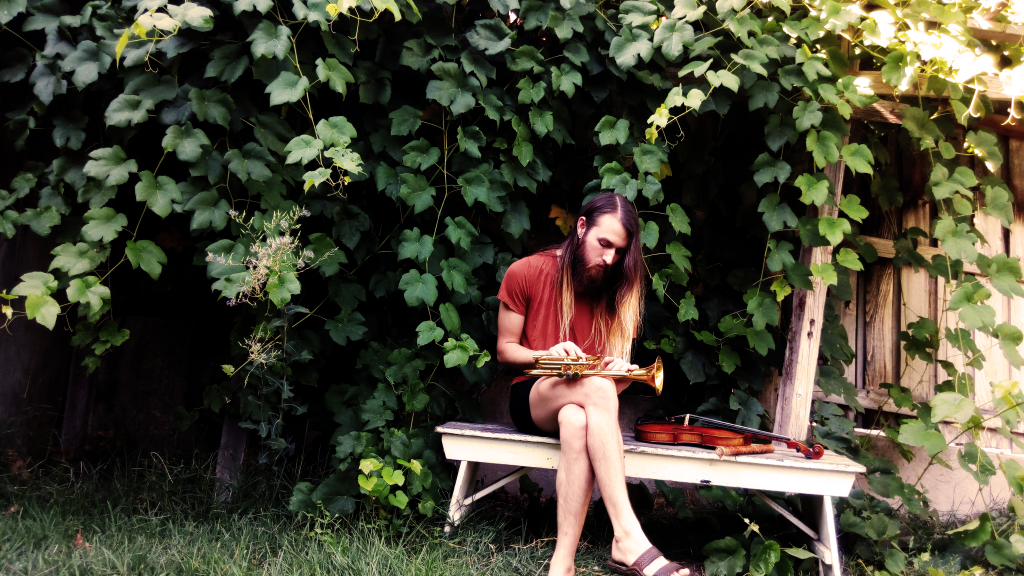 Stephen Cope of Officer Jenny opens up about their upbringing, musical inspiration, their journey of self-discovery and their newest release, God of Death, in this episode of SLUG Soundwaves.

Growing up, Cope was influenced by his LDS upbringing. In his southern California household, Cope would look-forward to attending BYU and serving on a mission. However, when they returned from their mission, Cope started diving into their own mission of self discovery. Mormonism is something that shapes Cope’s work and they incorporate it in with themes like loss of faith, gender exploration and being born again into their identity.

“Officer Jenny” was a name that started as a joke among friends, but upon further thought, Cope realized that it would be a great name for a project that wasn’t dedicated to anything specific. This malleable name inspired by a Pokémon character encourages Cope to experiment with different aesthetics and to play with concepts. “As far as it being conventionally female name, I really like it because it creates room for gender neutrality and femininity,” they say. “When people hear my voice or see me, they project this masculinity and male gender onto me. Officer Jenny removes those expectations.”

Cope discusses Provo’s culture, especially among the music and alternative communities. In a scene full of cis-male figures, Cope notices that they do stand out in the crowd. “Folks in Salt Lake City tend to be more immediately interested in my music,” they say. “The straight-dominated Provo culture doesn’t really understand,” they say, “I think I say ‘fuck’ too much for people in provo.” However, the tight-knit counter-culture that lives within Provo makes for an easy experience when it comes to meeting other queer artists and socially aware mormons who try to combat oppression in the Church.

God of Death is available to stream and purchase on iTunes, Spotify, Google Play and their Bandcamp page: officerjenny.bandcamp.com.