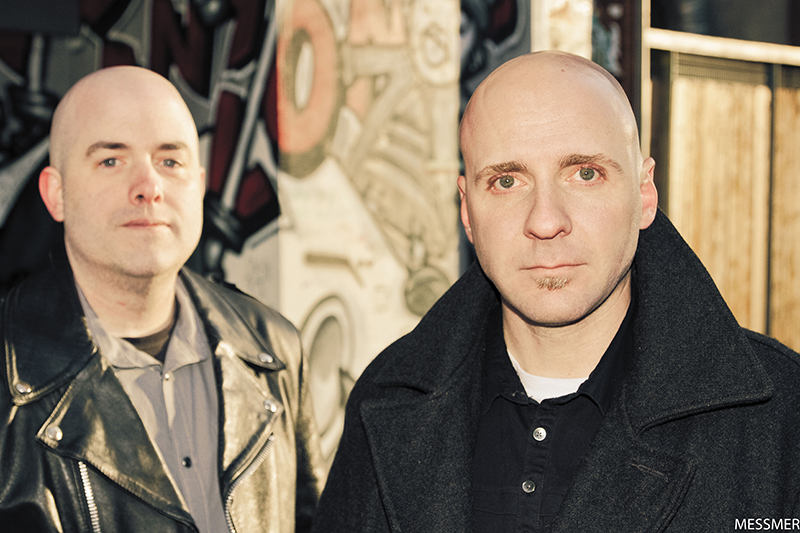 Rare Facture released Suspension Of The Conscious Mind on Sept. 29. In this episode of Soundwaves, the duo pries open their respective musical upbringings and how they manifest in Rare Facture’s music.

Having grown up with a plethora of musical influences and a keen interest in experimenting with synthesizers, David Burdick of Rare Fracture first moved to Salt Lake for the active synth-pop scene. He was in search of a musical partner, which he found in Tom Cella. “I felt that Salt Lake was the place for synthesizers so I came here,” Burdick says.

In the years since they first debuted in London, Rare Fracture have gained a large international following, sparking interest in an international tour. While nothing has been planned for Europe—due mainly to the large number of resources required for such an undertaking—there have been discussions of a possible U.S. tour, which could possibly end in Mexico City.

With the release of their new album, Suspension of the Conscious Mind, Cella and Burdick work with the juxtaposition of depressing lyrics against cheerful tones, representing both their current emotions and their hopes for the future. Burdick also feels that by adding a cheerier sound to their admittedly depressing lyrics, they are better able to express their feelings in a balanced way that still allows for joy. For them, realism is important: The lyrics they write always drawing from personal feelings and life experiences. “When you write that music, it’s coming from a place that’s real,” says Cella. “Every word in this album and every album we’ve ever written is based on reality.”

Cella feels that by creating songs in a meaningful way, he is able to help fight the idea that electronic music is simply loud sound with no depth or nuance. “There is a stigma, that follows electronic music, that it’s just loud,” he says. “You ‘hit play and it goes fast, and there’s no dynamics …’ and that’s a big reason we try to craft our songs.”