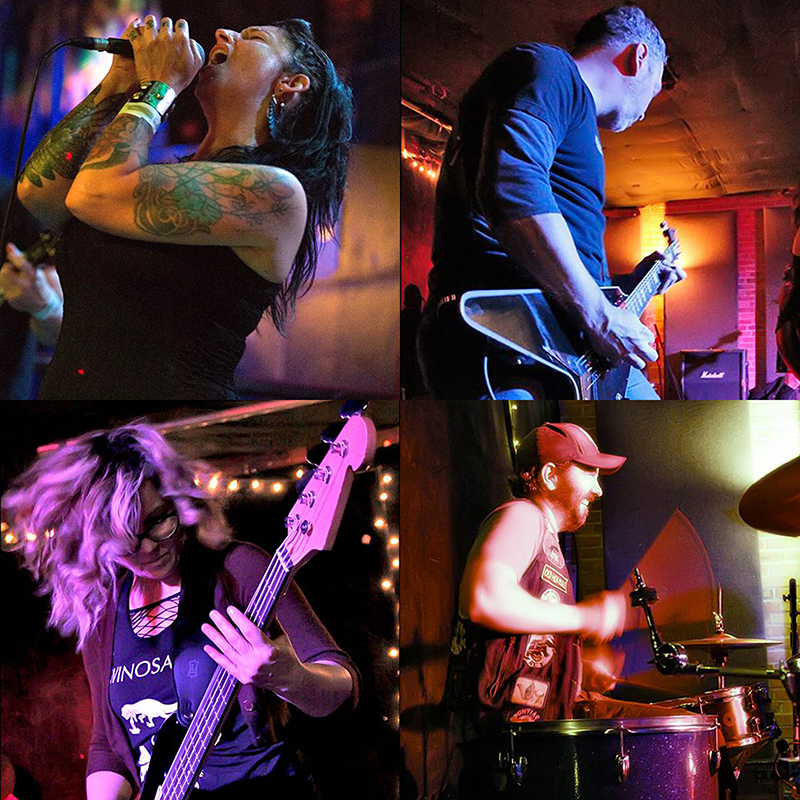 Bill Frost—lead guitarist for the local rock n’ roll number, Magda-Vega—discusses assembling the band, the recording process of their new album, Destroyer, and their style. Magda-Vega came together in the fall of 2013. Frost and lead singer, Robin Brown, joined forces when their previous project, The Wild Ones, came to an end. They recruited their drummer, Mike Walton and bass player, Angela Mize to complete their vision of a new, “four-piece, Led Zeppelin–style” band.

Destroyer, Magda-Vega’s most recent album, was recorded live at Man vs. Music. After recording their first album, the group realized that recording the “standard” way with headphones in individual rooms wasn’t the way they wanted to work. When they took on Destroyer, they made it a goal to record this album live. “You see movies where bands are in a recording studio and everybody’s all in there together and playing at the same time and that’s just not reality,” Frost says. “We decided that we were going to make it reality.”

As a band, they often ponder their own sound. “Internally, every once in awhile, we’re thinking that our songs are too different from each other,” Frost says, “but to people on the outside, it just sounds like us.” By mixing elements of doom metal, surf rock, garage psych rock and a Stooges-inspired sound, Madga-Vega create their signature sound and style.

Frost wraps the episode up by telling those who are starting their own bands, “Don’t let anyone tell you what to play, how to play it, how to do it, or who to have in your band.”

You can catch Magda-Vega playing on KRCL every once in awhile, but staying updated on what the band is doing is made easy with their Facebook page: facebook.com/MagdaVegaSLC.