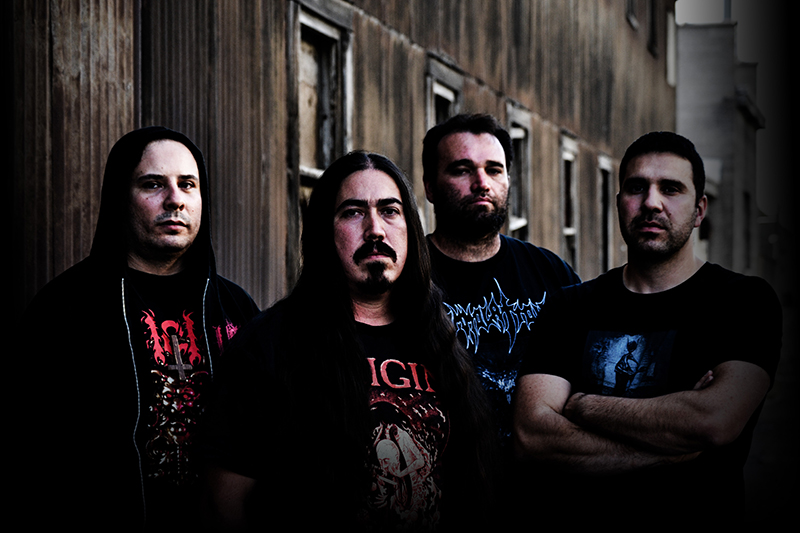 Alejandro Gomez (drummer) and Rick Neria (vocals) of local metal band Dissension discuss their love for extreme metal, their inspirations, the elements of death metal and their debut album, Ancient Chaos, on this episode of Soundwaves.

The current members of Dissension have been working together since 2010, though at that time, they had a different name. Formerly known as Incendient, the band decided to move forward and adopt their sound as Dissension. This sound is heavily inspired by the earlier death metal bands of the 1990s like Death, Morbid Angel and Deicide (just to name a few).

“My biggest hero, as far as drums, is Proscriptor from Absu,” says Gomez, laughing. “I try to rip him off, but I can’t do it.”

Gomez and Neria explain that when it comes to death metal, it takes a lot of passion to play. “The most appealing thing about death metal and extreme metal in general is how genuine it feels,” Gomez says. “In order to play it, you have to truly mean it.” According to them, people are refreshed by the music they’re putting out. While other bands are focusing more on the note count, Dissension focuses more on the groove and the emotion, creating that signature sound.

Ancient Chaos hit the streets on Nov. 4, 2017, and physical copies are available at Raunch Records. Their debut album can also be found on Dissension’s Bandcamp: dissensionslc.bandcamp.com.