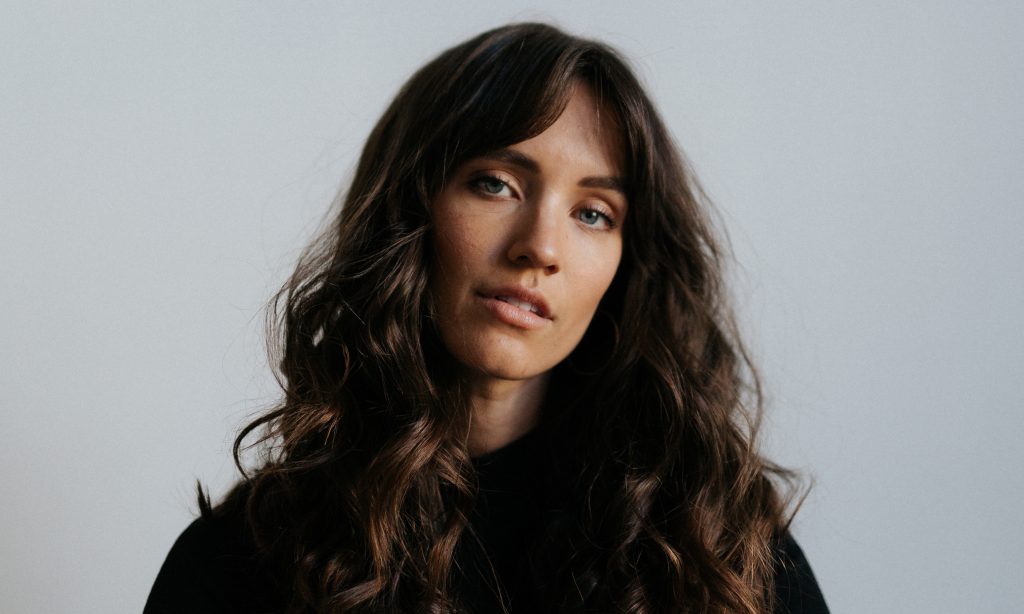 Tishmal is the moniker of local singer-songwriter Rachel Brockbank, whose debut project dropped in early 2018. She disscusses her path toward music, explains the origins and meanings of her new songs, and her participation in the Les Femmes De Velour festival on this episode of Soundwaves.

The name “Tishmal” was originally given to her at a younger age by her father.  Meaning “hummingbird” in the language of the Luiseño tribe, Brockbank uses this name as a tool to connect her music to her heritage. According to Brockbank, earning a native name is a rite of passage in her culture, and she continues the connection she has to the name through her recorded music.

Though she was originally studying to be a doctor, she decided to change her path. While she has always found (and continues to find) a draw toward healing people, she felt a dissonance with the rigid structures of medical school. Only after finding a piano in the basement of a campus building did Brockbank realize her true calling—catharsis through music. She would eventually turn to playing piano and singing as a respite. “Music can be something that can really help people. It’s been cathartic for me, so having that click in my head made it less terrifying.”

Tishmal will be playing the Les Femme De Velour music festival on Friday, Feb. 23, at Club Velour in Provo alongside many other talented women. “It’s so important to have those visible role models that you can look to as an example and for inspiration,” she says. “There’s just so much talent here in Utah, and it’s cool to highlight it.”

Tishmal’s music is available on her website, tishmal.com, and it’s easy to keep up with her on her Instagram: @Tishmal.Music.