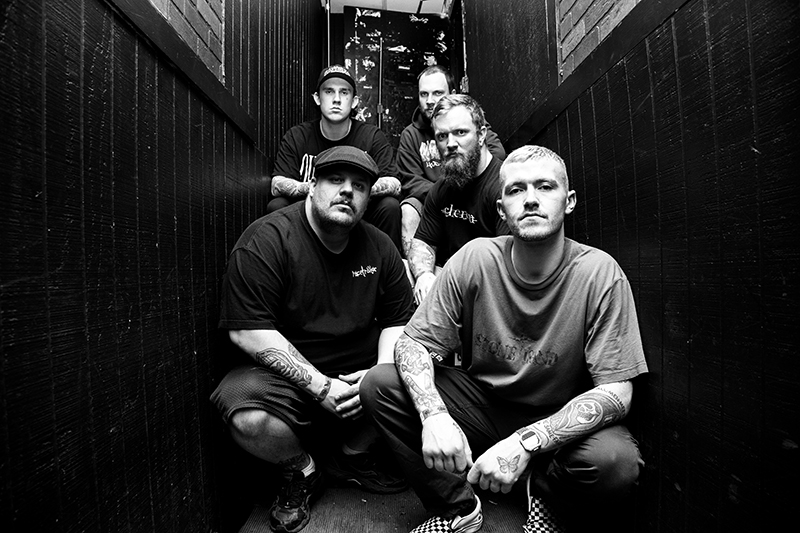 Blake Foard discusses his band, Crow Killer, as a platform for activism, a team promoting a drug-free lifestyle, and as an outlet to cope with depression and fight suicide.

Crow Killer started over a tragic event that happened a couple years ago. After the loss of their close friend, Brad Hancock, it was difficult for anyone to play music, let alone go out to shows. When everything calmed down, Foard and guitarist, Josh Nemcek, decided to start playing music to honor Brad. With a complete lineup, Crow Killer started writing songs. “Everything we do as Crow Killer, we try to honor Brad in some way,” says Foard.

Musically, Foard’s roots are in hardcore, “the perfect mix of punk rock and metal.” He grew up loving the work of Minor Threat, Gorilla Biscuits, and Judge, whose messages were ones of sobriety and living positive lifestyles. While they aren’t a straightedge band, they still consider themselves a drug free one and they try to promote their clean lifestyle.

Originally on Glory Kid Records, Crow Killer has made the switch to release their full-length album on New Age Records. Foard discusses how the founder of New Age, Mike Hartsfield, is not only one of his best friends but is also one of his biggest musical influences. Once Hartsfield decided to put bands out on his label again about two years ago, Crow Killer jumped on the opportunity as soon as they wrote enough songs.

Crow Killer will be in the studio all throughout May, and their full-length album will be hitting the streets by early fall.