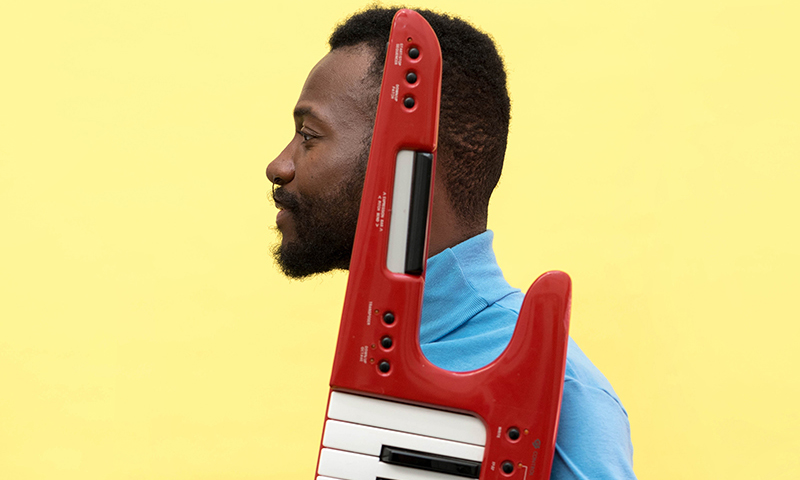 On this episode of Soundwaves, Joshua Strauther discusses his transition from Joshy Soul to David Moon, his plethora of contemporary and ’80s influences and his love for tea.

After a strong two-year run performing and recording as Joshy Soul—also spending time producing and writing with other groups—Strauther felt a drop in creativity, feeling as though he was only working in art to “make it as an artist.” David Moon began with Strauther writing “funny ’80s songs.” Initially just a practice in playing with synths, Strauther found he enjoyed the sonic layers and the simplistic compositions. Moving away from the theory-heavy soul music that Joshy Soul was producing, Strauther had found a project in David Moon for “just creating art.”

Embarking on this new project, Strauther found influences in older artists such as Prince and Tears for Fears as well as some contemporaries like Gavin Turek and swedish band Niki & The Dove. He also cites David Bowie, M83, Daft Punk and Homeshake as artists who have helped shape the sound of David Moon. He also discusses the differences in the collaborative processes of Joshy Soul and David Moon—allowing himself to be more open to collaborative creativity with his new project.

Strauther is currently working on a full-length for David Moon, a project he says might be released as two albums to best display the duality of the project. Strauther discusses the two sides of the writing process for the upcoming David Moon album(s): the half inspired by dark dreams and the half inspired by his experiences in Miami.

Strauther’s creativity has been renewed by working on a purely “art project.” He hopes to release David Moon’s album(s) by August or September to keep the summer alive as long as possible.