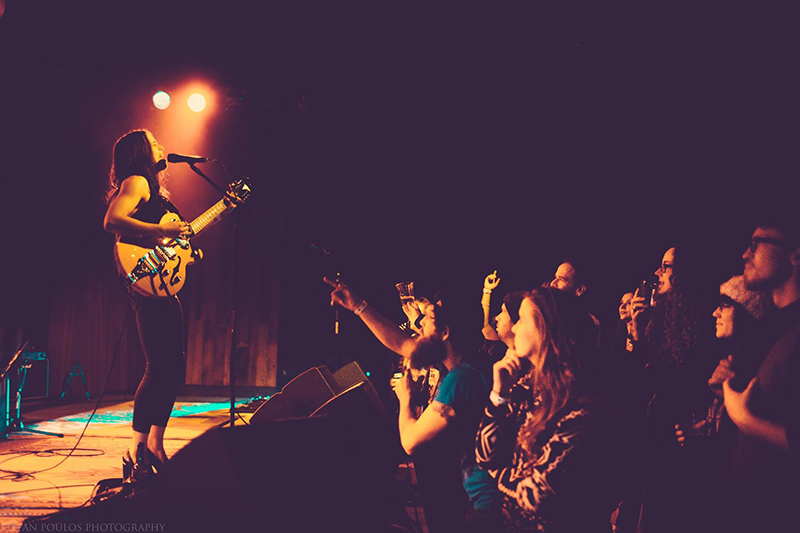 Sarah DeGraw chats about the musical journey that led to the long-awaited recording of Sarah DeGraw & the Odd Jobs’ self-titled debut album.

DeGraw discusses her beginnings of finding a love for the acoustic guitar and using it to influence her songwriting. Most of the songs for the upcoming album were originally written on the acoustic guitar and then transferred to electric. On some of the songs on the album, she feels her classical training on both the cello and the piano shines through—a call back to her roots within the rock-heavy stylings she has moved toward. The new album is set to represent a culmination of a long journey for DeGraw, displaying her sonic evolution as a solo-acoustic act to fronting a full-fledged rock band.

A major part of DeGraw’s journey has been meeting musicians and gaining band members. She discusses the Odd Jobs coming together in a natural way over a longer period of time, including meeting the group’s eventual lead guitarist and producer, Michael Sasich, outside a bar mid-morning—and, through Sasich, the group found their bassist, Greg Shaw.

The Odd Jobs’ sound came together naturally through performance opportunities—starting out with smaller gigs and moving up, even playing at SXSW. They’re excited to finally have a studio recording to show for their years of only performing live. DeGraw feels like the recording does a good job of representing the group’s sound. A couple reasons for that are the band’s decision to record the album to analog tape and to do the initial tracking for the album live.

The band will have an album-release show at Clubhouse SLC on June 23. Their debut self-titled album will be available everywhere digitally June 24. You can keep up with Sarah DeGraw & the Odd Jobs at sarahannedegraw.com.