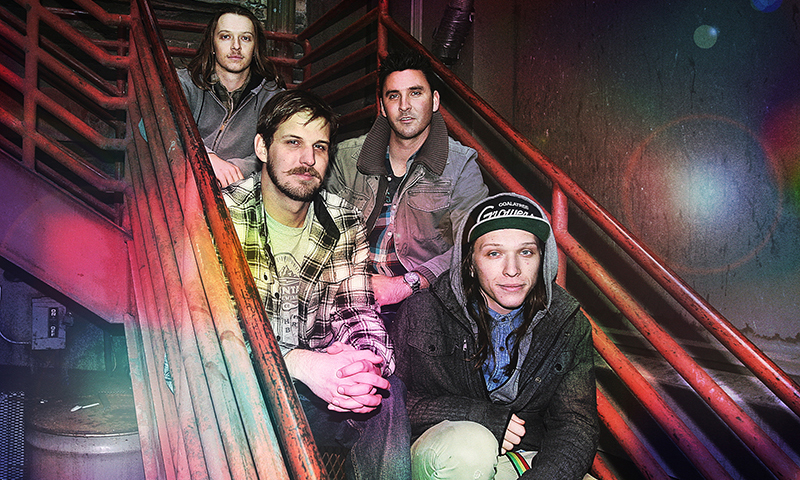 During this episode of Soundwaves, Herban Empire’s vocalist and guitarist Andrew Cole discusses the band’s growth as artists as they prepare for their set at this year’s Reggae Rise Up Music Festival, which runs Aug. 24–26. Accompanying Cole is Adam Lenkowski doing vocals and guitar, Zach Hardy on bass and his brother Skip Hardy on drums. The band was formed in 2011 and has since played shows at the State Room, opening for bands like Black Uhuru and Wailing Souls, establishing themselves as part of the Utah reggae family.

Cole grew up listening to bands Korn and Limp Biscuit, invested in the Salt Lake anger rock scene present in the ’90s. When Cole turned 16, he moved to California, and his musical interests gradually began to shift as he entered into a musical world centered around bands like Sublime and 311. After moving back to Utah for college, Cole became more interested in reggae music and drifted away entirely from the metal vibe he’d grown up with.

At the core of each Herban Empire song are strong vocal harmonies and an easy, skanking groove. Inspired by the 311 song “Beautiful Disasters,” many of Herban Empire’s music is driven by the vocals of Cole and Lenkowski. Herban Empire are now working on a self-produced EP with songs about love, politics and more. You can listen to their song Palms, debuting at the end of the podcast, and you can hear more at herbanempire.com and keep up to date with the band’s upcoming shows.