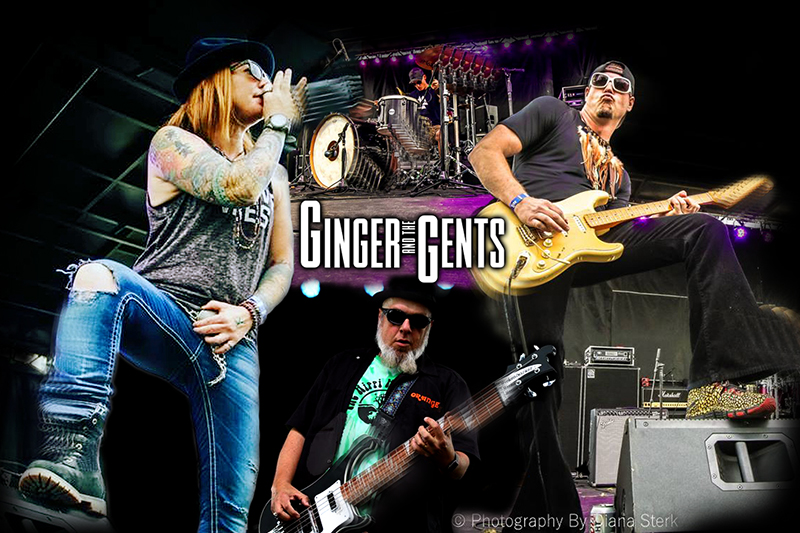 On this episode of Soundwaves, Chandra Marie stops in to talk about her role as the lead vocalist in the local rock group Ginger & The Gents. Rounded out by Jesse Kyle Long on guitar, Sam Sumpter on bass and Steven Butler on drums, the group play a throwback style of rock with an unending sense of passion.

Marie first looks back on her past, pointing to a karaoke experience at the young age of 21 as the real genesis of her singing career. The thrill and energy of being stage gave her the impetus to pursue music as a full-time gig, inspiring her to form a band as an outlet for this new element her life. Now, Ginger & The Gents’ live performances are a space for all four members to use their music to create a vivacious environment to express themselves and give people a show to remember.

There is a political element to Ginger & the Gents’ music, but the nature of their message has changed over time. As a self-described strongly opinionated person, Marie notes that she used to be a lot more up-front about her views than she is now. The decision to move towards a less directly aggressive lyrical style is two-fold. The new approach relies on the Gents’ desire to appeal to the widest audience possible, and—in Marie’s words—the realization that “subtlety is as sharp as a knife.”

This is not to say, however, that there’s a lack of substance in the Gents’ lyrics. Throughout the episode, Marie describes the inspiration behind some of her lyrics, such as her father’s struggles with Alzheimers on “Holding On” or the group’s collective criticisms of war violence on “People Get Ready.” She hopes that these topics don’t deter people, rather that they bring disparate groups together. As a gay single mother, Marie seeks to find a place in her music to let her voice be heard by people who might’ve previously ignored her presence.

Hear “In the Music” at the end of this episode, and head to Ginger & The Gents’ website to stay-up-to-date on future shows and the impending release of their album this fall.