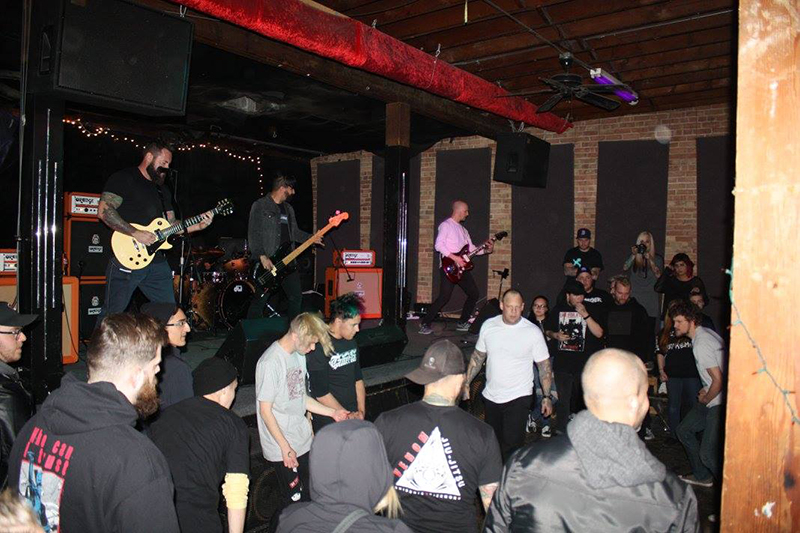 For this episode of Soundwaves, Tamerlane guitarist Trevor Hale traces the journey of the local hardcore band. After forming in 2003, the group has gone through multiple lineup changes and extended breaks. However, 15 years hasn’t slowed them down. Tamerlane are back in full force and are ready as ever for their upcoming performance at Crucialfest 8.

Hale joined Tamerlane in 2004, and notes that the band had a fairly consistent performance and writing schedule until about 2008. Things started to slow down at this point as the band member’s lives got busier, but a few one-off shows gave them the push they needed to finish their debut record, Clouds Unfold. The group dropped the album in 2009, and it currently stands as the only publicly available Tamerlane release—though Hale notes that more music is currently in the works.

The start of the decade coincided with another unofficial hiatus, but the last five years have brought the band back into a more consistent formation. Starting in 2013 with benefit shows for the passing of fellow SLC musician Mick Morris, the group continued to play out and practice, leading to their current state of regular activity. Tamerlane exists now as a five-piece, with Jack Fard on vocals, Oz Yosri on bass, Drew Davenport on drums and Ed Golub playing guitar as well as providing occasional backing vocals.

As far as the band’s sonic identity, Hale notes that Tamerlane aims to stand out from the hardcore crowd a little bit. Their roots are in the straightedge-hardcore scene, but Hale explains that Tamerlane searches for a style that’s more—in the band’s words—“emotional.” Still, versatility is key to their playing, and the ability to quickly switch between loud and soft, fast and slow is a defining element of Tamerlane’s sound.

Listen to “Dreams” from Clouds Unfold in the latter half of this episode, and be sure to catch Tamerlane at Crucialfest 8. To stay up to date with the band’s goings-on, find them on all social media platforms @tamerlaneslc or at their website, tamerlaneslc.com.