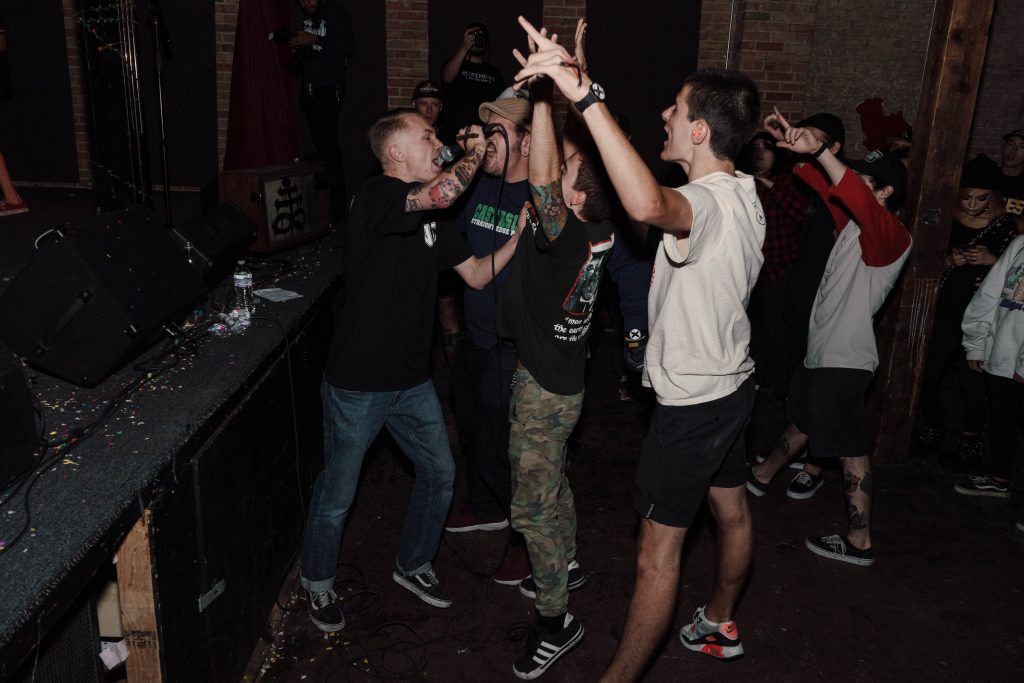 For this episode of Soundwaves, Matthew Lloyd, guitarist of PXR (PositiveXReinforcement) discusses the band’s sound evolutions, their vegan-straight edge lifestyle and their plans for a new release. Joining Lloyd is Dravin Fackrell on vocals, Johan Gutierrez on guitar, Sean Ruthven on bass and backing vocals, and Tracy Stables on the drums. The group of activists decided on the name PXR, derived from the phrase “violence is positive reinforcement.”

PXR were formed in the summer of 2016 after Lloyd made a Facebook post with the hopes of starting a punk or harcore band. The band started writing together, but experienced some difficulty while attempting to make the sound more heavy by adding breakdowns and fightriffs. In response, they turned to what was familiar with a more early-2000s hardcore vibe, which comes through in their single, Blood in Blood Out.

Using the platform of strong messages that the hardcore scene presents, every song that PXR write has an ethical message, ranging from drug abuse to animal liberation. PXR celebrate the styles and changes of the contemporary vegan-straight edge scene, but their sound echoes their predecessors more closely, emulating bands 15 years prior to their formation.

Lloyd reflects on the shows PXR have played, including Punk Rock Halloween, and talks with great enthusiasm about the opportunity to play alongside bands such as City to City and The Aftermath.

PXR are currently working on an EP that they’re hoping to release soon. You can listen at positivereinforcementlovesjohan.bandcamp.com/releases or keep up with them on facebook at facebook.com/pxrhc.