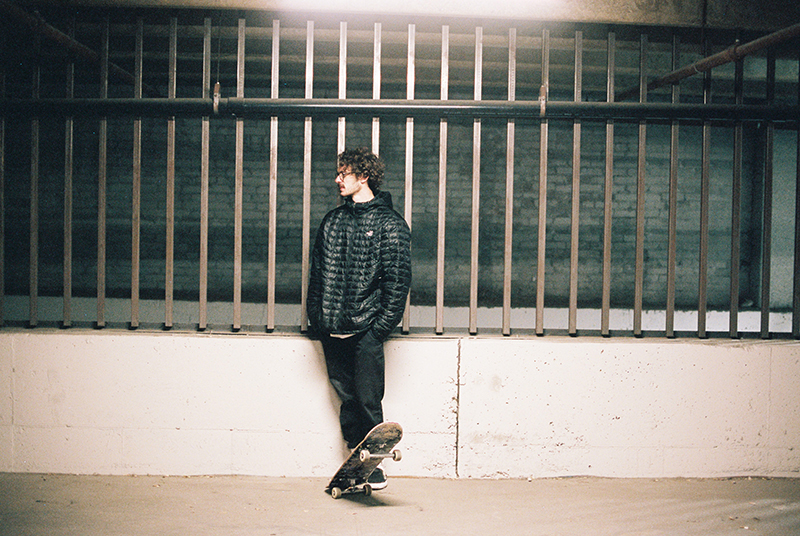 Performing under the name Heather Grey, musician and producer Andrew Thackeray comes in to talk about the evolution of his music and the elements that influence its multiversal sound. Taking inspiration from artists reaching from Nina Simone to Johnny Cash, his lo-fi hip-hop beats are saturated with nuance stretching far beyond this genre. Although Thackeray produces the songs, his work is highly collaborative and features rappers Chester Watson, Michael Christmas and many others.

Growing up, Thackeray and his brothers took piano lessons per the request of their parents, however, it wasn’t until his junior year of high school that he recognized how valuable of a skill it is. He reflects on the shift that occurred then—from music being imposed upon him to an intrinsic desire to create. Thackeray began drum lessons and later started experimenting on Ableton. Thackeray knew early on that he wanted a feminine stage name, and it was decided after his friend asked if he’d seen a “heather grey T-shirt” while shopping together. Though the story didn’t form around equality or gender, he enjoys the way in which it often surprises people and confuses their preconceived notions about the band.

Thackeray’s first album, 50 Shades, was composed of the 16 instrumental tracks he found to be the “least terrible” of his early experimentation. Later, taking his favorite beats from the album, he reached out to a few rappers he took inspiration from and asked if they wanted to be on any of the tracks. With enthusiastic responses, the formation of his six-track demo, The Starting Lineup, began.

Many classify Thackeray’s music as lo-fi, but his intentions are far different in the construction of his music. In the podcast, Thackeray quotes J Dilla: “When I hear good music, it makes me want to go make something, but not make something like what I just heard.” This intentional approach is what makes the cohesive yet unexpected sound of Heather Grey so special. Thackeray’s most recent release, A Long, Cold Walk Home, is a creation to enjoy or unpack. The concept album was made to represent the musical milestones of Heather Grey. By embracing a sound that is constantly changing, Heather Grey is defined not by a specific style but by the way that it redefines cohesion with a variety of sonic influences. You can listen at heathergreyy.bandcamp.com and keep up to date on Facebook.