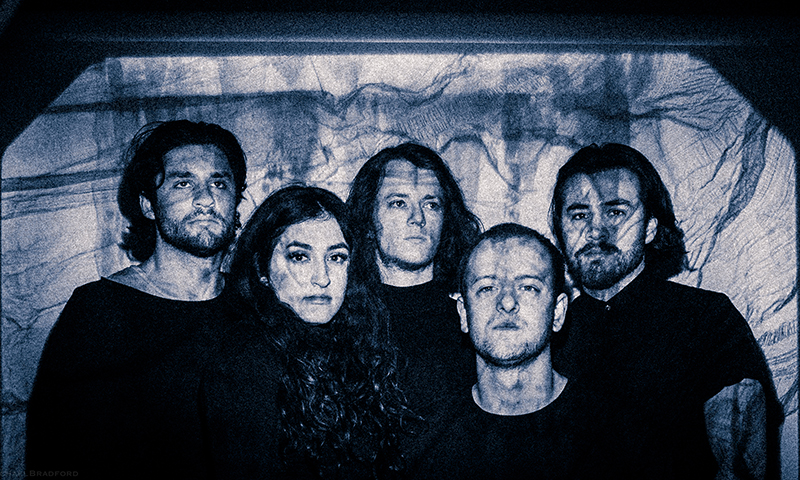 When MMEND’s Mitch Winter (Synth and the occasional, reluctant Vocals) first saw his brother Mason Winter (Guitar, Vocals) and sister Elise Winter (Keyboard, Vocals) play live, he knew he wanted to be a part of whatever they would do next.

The band originated almost 10 years ago when Mason and his childhood friend Dallin Orr (drums) started writing and playing music together. A few years later Elise joined as a vocalist and together they formed the beginnings of what would later become MMEND.

Born from an unexpected Battle of the Bands win, MMEND has since brought on Bryce Johnson (Bass) and now, two years later and off the heels of their debut album, Spectator, Mitch muses about what has made MMEND successful and how a sibling dynamic affects the band as a whole.

At the core of their creative process is the band’s ultimate mission to make each song hold meaning, “we wanted each song to be beautiful by itself, meaning if Mason stood in front of a crowd with just him and just his guitar and played through each one of those songs they would be captivating, the audience would be interested in what he was singing and what the songs were actually saying.”

Featured song “Don’t Think” serves as the introduction and foundation to the album as a whole. Referencing the allegory of the cave, this song sets a chilling tone though Mitch hopes listeners will also be able to pick out the hopefuls message.

You can find the full album on Spotify, Apple Music, Soundcloud and YouTube, or see them live at the Urban Lounge on May 31. You can follow the band  @mmendmusic on Facebook and Instagram for updates on upcoming projects.