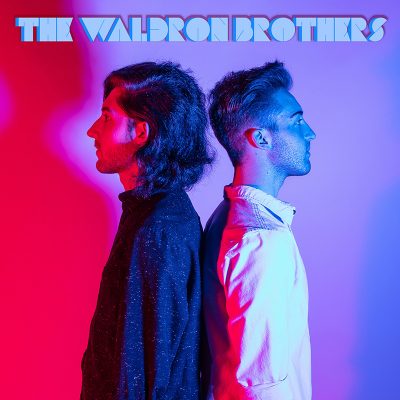 Jimmy and Matthew Waldron had been playing live music for years with their family band, The Waldronz. As young children and teens, their father taught them—along with their two sisters—how to play for live audiences. Eventually, The Waldronz disbanded as the children of the family grew up and pursued other interests, but after a couple years, Jimmy and Matthew missed the excitement of playing live and fevered for creating original music that expanded their vocabulary of sound. The two decided to go for it on their own, and The Waldron Brothers band was born.

The two name Tame Impala as an influence during their early search for a new sound. Soon, the “blood brothers” established themselves in an interesting genre—one that blends indie-rock with psych. In 2017, they released their first single, “Side A Side B,” a soulful track that kickstarted the “brothers’ journey.”

“We wanted to experiment more with sounds,” they say, an aspect that is showcased in their breakout single, which sounds more like two songs combined in a classic Beatles style. “Side A Side B” also plays with double meaning—one could interpret it either as a typical love song or an ode to self-discovery; the choice is yours. A wordless chorus allows each verse to deeply marinate, a concept the brothers pulled from My Morning Jacket.

As the song transitions from a solemn-sounding Side A to a triumphant, upbeat Side B, The Waldron Brothers tell a story of loneliness, heartbreak, realization and fulfillment all in five minutes.

Listen to the full Soundwaves episode to hear the two break down “Side A Side B” beat by beat. Check out our review of their newest EP, VCR