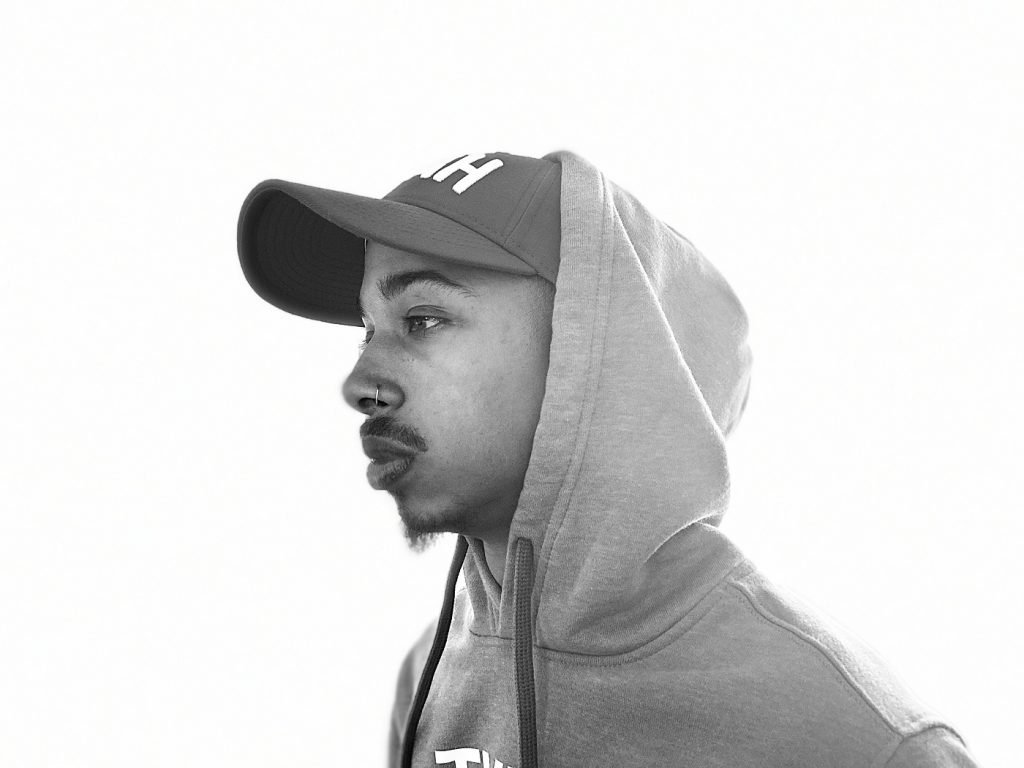 “Growing up in Salt Lake, I’ve had the opportunity to see two different perspectives,” says Cornelius Valenta, known professionally as C.Valenta, “I’ve seen the perspective of rock bottom, homelessness and being raised by a single mother of six. I’ve also had the opportunity to have a home in nice neighborhoods from time to time. My relationship with Salt Lake is sort of a hate-love relationship.”

After Valenta took a music theory class, the potential of expressing the heavy emotions of past and present hardships through music and verse was eye-opening. Before long, Valenta became a composer himself. “I’ve always bottled stuff in,” he says. “Once I found out I could let those emotions go, it changed the game for me.”

C.Valenta currently has music available on various streaming platforms, but as he explains, most of what is currently out there was written between one and two years ago. Valenta describes his music from that time as “a detox of myself.” Going forward, he says, “I’m trying to get across that there are kids out there going through the same shit I go through, but they don’t think a little black boy in Utah goes through this shit, too.”

Valenta will focus an upcoming body of work on validating others who come from a similar background and might not feel seen or supported. “Taking this on has really shaped me into this image for my people where in the future C.Valenta is really going to mean something,” he says. “It’s going to mean entrepreneur. It’s going to mean cultural leader.”

Valenta’s recent action toward “creating a mouthpiece for silenced adversities” has included a TEDxSLC talk and active participation in SLC protests and community engagement. With new material on the way, C.Valenta looks to continue wielding the power of expression through music. Keep up with C.Valenta on Instagram @c.v4lenta.