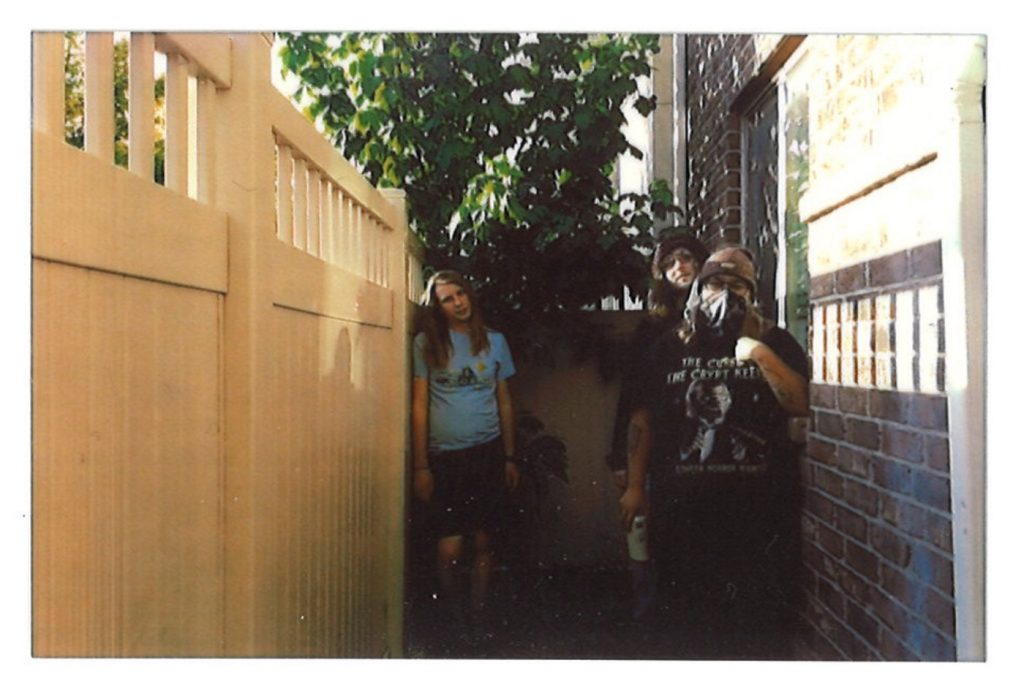 “We sound like a scratched Nirvana CD playing from the room next to you.” Vocalist and guitarist Chazz says it’s his go to phrase to describe picnics. What once started as Picnics at Soap Rock has now turned into just picnics. Chazz has always wanted to be in a big band, so adding Tut on bass and Tommy on drums has him halfway there. “The nail on the coffin of joining … I was always curious to see what it would be like to play music with Chazz,” Tut says. It’s not the same band it was over a year and a half ago: Picnics are bigger and noisier.

There’s something simple about the Picnics’ lyrics, which is something Chazz embraces. “Simple is a word that a lot of musicians don’t want to attach to their music,” Chazz says. The tracks also often sound familiar—in a nearly off-putting way. “You feel like you heard them before, like it’s ringing bells the whole time. But it isn’t. You haven’t heard it before,” Tommy says. Picnics have condensed the best parts of what they can do and shine a spotlight on them.  There’s a vulnerability to the new album, Stood Up Too Fast, partly due to the band’s decision to record on tape, meaning they couldn’t punch in nor edit it. There are parts in their music that can come from a 12th take, and they make use of their mistakes instead of focusing on fixing them. “There’s a certain amount you have to let go to be comfortable in leaning on that.” Tommy says.

Before the newly formed picnics took shape, there was a moment when Chazz almost found himself quitting music. ”What I found out I needed a lot was encouragement,” he says, and he feels Tut and Tommy, through adding their own vision to the project, give Chazz that creative support. They helped him make sense of the skeletons of full tracks that he had left behind; they were seeing potential in the empty spots that Chazz couldn’t fill himself. What Tut and Tommy brought to the band helped has subsequently changed the way Chazz writes music.

If you want to listen to a three-piece grunge band be vulnerable, loud and relatable, then take a listen to picnics’ new album, Stood Up Too Fast, at least once.