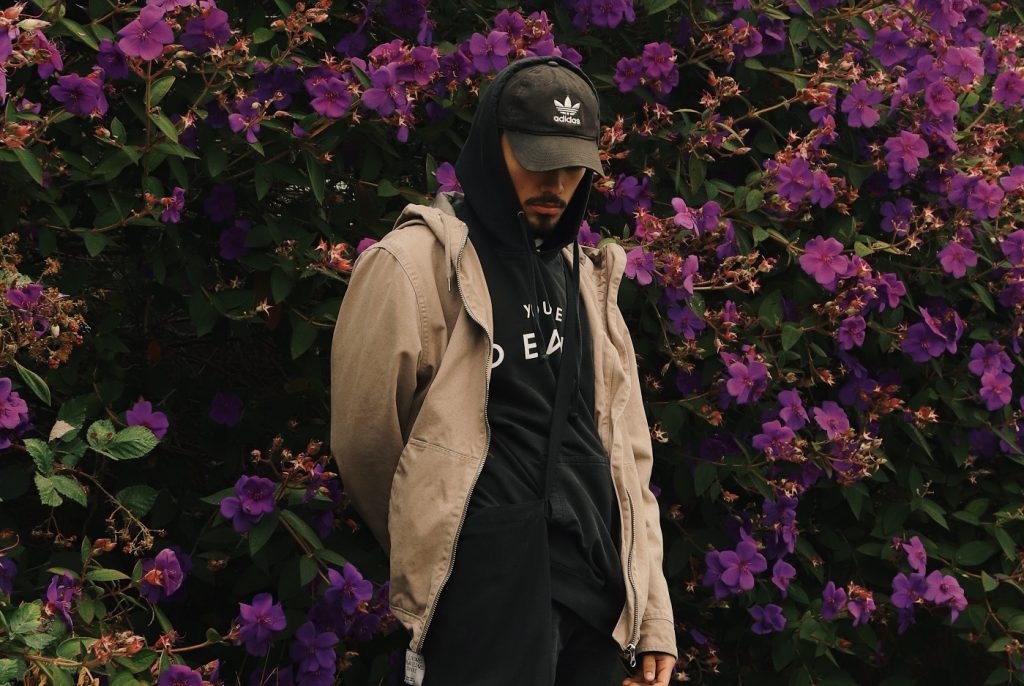 zonekidd (they/them) is an artist born and raised in Salt Lake City’s Rose Park neighborhood. Growing up, they didn’t have much concern for their health or even their general wellbeing. “I faced a lot of self hatred,” they say, “and that’s where my eating disorder came from.” In ninth grade and weighing over 300 pounds, zonekidd was reached out to by their uncle, who advised them to start taking better care of themself. This came to them as a wakeup call. “It was like, this is a way for me to start liking myself. I was eating eating clean, I was exercising a lot, it was great. Up until I reached my goal,” they say.

Once zonekidd reached their target weight, they struggled to find the next step. “After [reaching] that, it was like, ‘How far can I take this? How much more can I lose?’,” they say. Their efforts began to double and soon they found themself in a bulimic spiral of binging and purging. “I was so scared of food to where I couldn’t even eat grapes,” they say, “because I was like, ‘Fuck. I don’t want to get fat, so I don’t want to eat anything.” The fear soon pervaded into their school life as the thought of food was ever-present to them. Having to change high schools and leave their friends behind, they began to self isolate even more. For them, school was merely an intermediary zone of their life to tune out while making beats in the library.

Things came to a head in 2017 when zonekidd’s anxiety grew to a point where they couldn’t even be in school or away from their mother, who they still maintain a very close relationship with. They would go to work with her, stocking food at Smith’s—not a helpful distraction from their eating disorder. “I remember being in the bathroom [at Smith’s] and looking at the needle cabinet, where you can dispose them,” they say. “And on the biohazard cabinet it said ‘heart u r self.’” This triggered a massive emotional response for them. “I want to take this message that someone told me, and I want to be pass that to everybody,” they say. This was followed by a traumatic event while on the road with their father, a truck driver. After stopping and having dinner at a rest stop, “I had all this food in my stomach and was just throwing it up before I take a shower. And all of the sudden my heart just stopped,” they say.

After a quick recovery from this scare, zonekidd knew it was time for a change. They saw a doctor, brought their vitals back and began going to therapy. “With 2020, I told myself I wanted to treat myself as a garden,” they say. And while not completely recovered, they are “definitely way better than I was.” This new lifestyle has awarded them with far more clarity in their approach to music. “It’s amazing to be able to make something where I’m expressing something, and someone else likes it to where, another person likes it or another person likes it. And it just goes on and on and on. It’ll be there forever,” they say. “You can never kill the idea, you can only kill the man.”

To keep up with all of their endeavours, follow them @zonekidd on Instagram and @zonekawaii on Twitter. You can stream moonstone flower or any of their other releases wherever you listen to music.