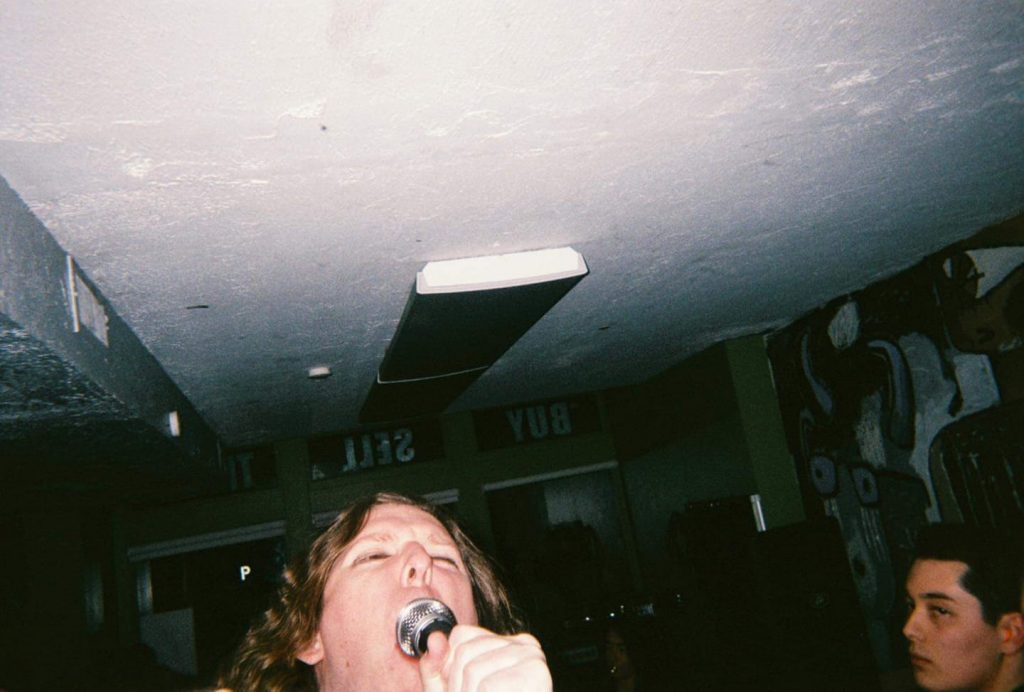 “There was a lot of work for one person—especially for how unenjoyable it probably was for the audience,” says Scott of the early days of Portal to the God Damn Blood Dimension. “[There was] 15 minutes of setup, 15 minutes of teardown and 15 minutes of wondering what the hell was going on.” This growing complexity of music and performance was the impetus for Scott to reach out to close friends to further develop ideas and fill out the band’s sound. “Nine people [play] on the most recent record and more people all the time,” they say.

Clark, having some familiarity with Scott, knew the band mostly from seeing their name. “At some point I actually saw Portal play, which [at the time] was Scott and he was playing cello and yelling and there were projections and stuff,” says Clark. “I said, ‘This is a great band!’” Once the two were joined together along with other friends, the band began to explore deeper into what was possible with a live show.

“[Our music is] generally longform compositions that we write that are heavily influenced by the music that we like—which tends to be abrasive, loud and aggressive,” says Scott. A live show for PTTGDBD leans closer to an improvisation with the set usually being developed in the green room soon before the band is set to play. “I don’t want to be stale in a live performance,” says Scott. “No offense to crusty old guys who’ve been doing the same thing for a decade.” According to Scott, a main attraction they want to pull a crowd with is how successful their night’s improvisation will be. Clark says, “It’s a different standard of what went well when its not a rehearsed piece,” but it does make the energy of the show much more connected.

Having plenty of time to develop new work during the pandemic, the group released their newest song “Lobe” in March and has much more planned for the future. “We have a whole bunch of new material that’s equally as sprawling and potentially better written than the last one,” says Scott.

You can check out Portal to the God Damn Blood Dimension wherever you listen to music and stay up to date with all their upcoming news on Facebook, Instagram or on Twitter @PRTLGDBD.