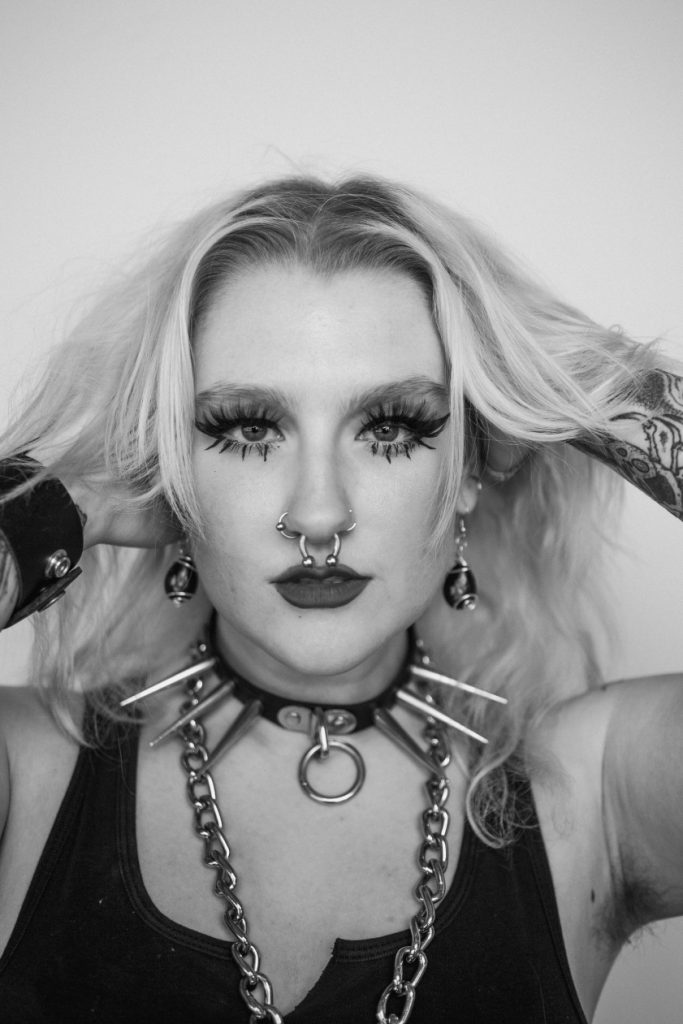 Courtney Lane has been banging on a piano for their entire life. Inspired by their granddad’s playing, Lane found themself surrounded by classical music from a young age, and it wasn’t much longer before Lane was asking for lessons. “[My teacher] was very firm and stern with me about playing classical music and being good at it, and I was good at it, but I was kind of sad because I was only playing really old music that everyone else … was also playing,” Lane says. “It was about who could play it best, and I didn’t like that.”

After moving to Park City when they were 12, Lane didn’t perform publicly for a few years. Finally, they returned, landing lodge gigs at ski resorts and performing covers, slowly leaving a competitive, stiff environment to embrace a different kind of playing.“It was a relief, but I was still a little bummed out and didn’t know why,” Lane says. “I still wasn’t feeling fulfilled and I couldn’t figure out why until I really started writing my own songs on piano when I was like 18.”

Lane’s music experience changed for the better once again after they moved to Salt Lake to be closer to school when they were 20. Salt Lake was Lane’s first experience within an actual music scene, and they flourished among the outpouring of creative energy the valley brings.  “You almost feel like you can’t not make art when you’re so surrounded by inspiration and people doing cool shit. It’s like … ‘Holy crap, nothing is stopping me from also doing that!’ So just being surrounded by it made me have to do it,” Lane says.

With the community backing them, Lane found that music wasn’t just a release for themself—it could be shared and celebrated. No longer was their sound just a background track, as it was in Park City. “Having a community … has skyrocketed my own ability to process emotions and do it in a creative way, and that’s why I love it here,” Lane says.

Slowly, the stiffness that Lane found themself wrapped up in from their classical years receded. When writing, they found their creative flow hindered by strict methodology. Lane’s best songwriting, they say, comes from intrusive thoughts and free journaling. “Once I identified that I didn’t have to strain myself to make good music, I started making good music,” Lane says. “I feel like everybody is capable of that.”

Now, Lane’s singer-songwriter originals are getting another upgrade within the year from friends Lindsey on drums, Aaron on bass and Tyler on guitar adding heavier, gospel-esque elements to Lane’s originals. To stay in touch with Courtney Lane in the meantime, follow them on Instagram @the_courtneylane. As always, don’t forget to subscribe so you never miss an episode of “SLUG Soundwaves.”