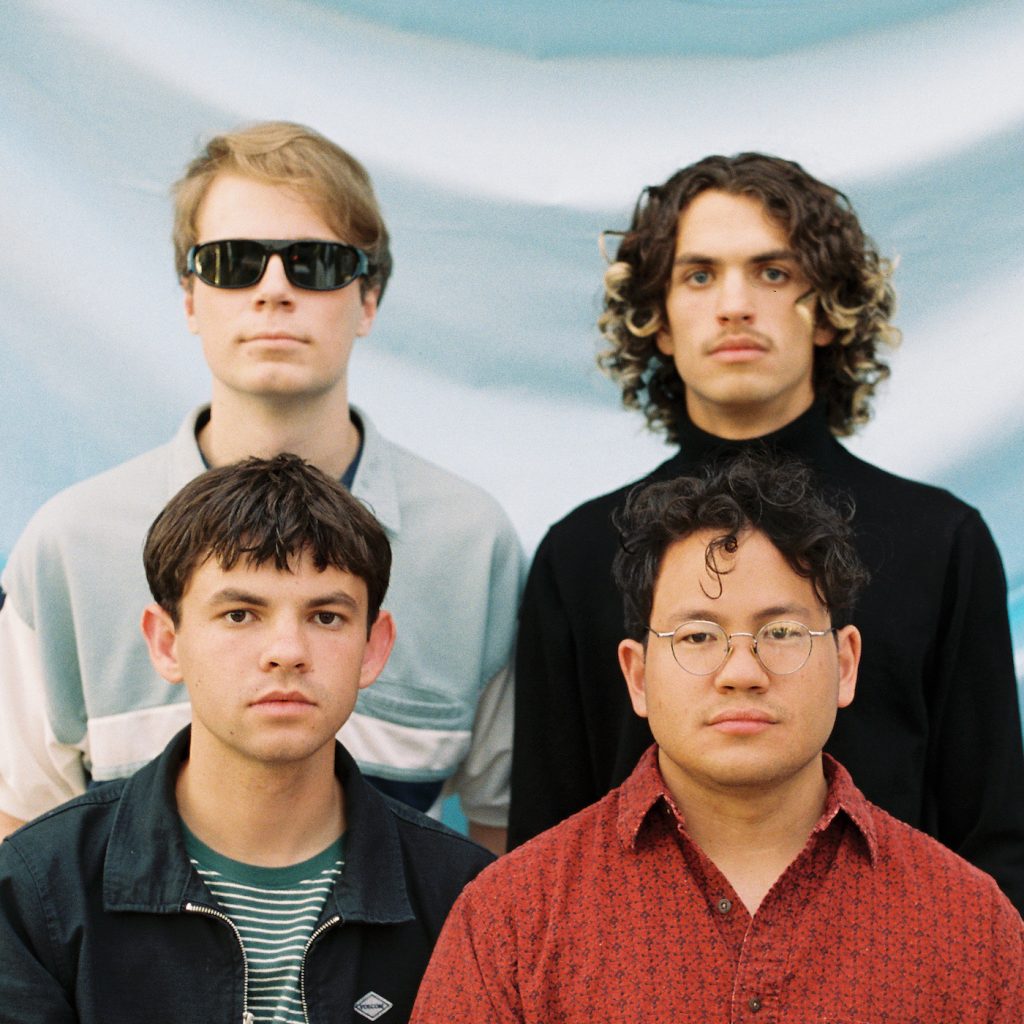 “Looking back on the first two albums—we started recording them [in 2019]—what we were going for was just a super DIY garage-rock album,” says Rhett Murdock, the drummer of the Provo-based garage-rock group, Toothpicks. “We did it all by ourselves with our shitty recording equipment. All around, I feel like [it was] an okay debut album with limits on recording,” he says. Joined by Rhett’s brother, Cade Murdock (vocals and guitar), with Truman Magleby (keys) and Brady Flores (bass) as newer additions, the group have finished up work on their third album, Gonzo Journalists Are Pretty.

“The writing process has been a lot of different on this album,” says Cade. Instead of pulling inspiration directly from other artists like The Strokes, “It feels a lot more genuine and authentic.” Finding that authenticity turned out to be quite the journey, especially for Cade who battled with a severe identity crisis early in the album’s creation process. “I had this dilemma of ‘music has been around forever. Rock and garage music has been popular for the last 60–70 years. No matter what I do I can’t be genuine or real because it’s all been done before,” Cade says.

To combat these invasive thoughts, Cade and the rest of Toothpicks pushed themselves further than ever before in making this album. The entire project was written on an acoustic guitar and the group chased a more tangible creation process, writing down chord progressions and lyrics by hand. The new additions of Magleby and Flores also dramatically changed the writing process. The group has also risen to the challenge of putting more focus on Cade’s vocals rather than burying them in the mix, as in the previous albums. “Hearing [Cade] get more [comfortable] with singing is cool and it does sound pretty good,” Rhett says. Cade adds, “It’s just a confidence thing.”

Don’t miss out on Gonzo Journalists Are Pretty, out Nov. 19. You can listen to more of the album’s singles anywhere you get music and stay up to date with Toothpicks’s upcoming performances through their Instagram, @_toothpicks.