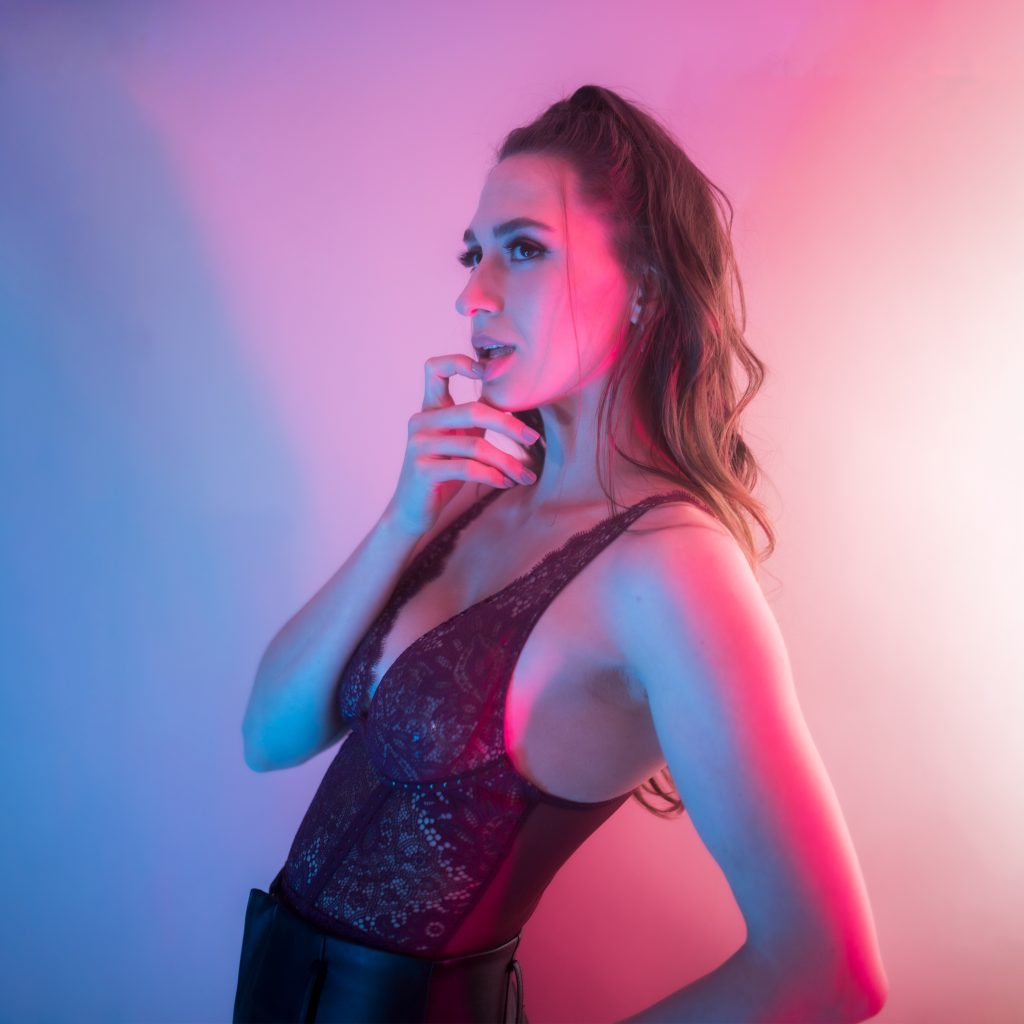 A solo pop-R&B artist out of Orem, Nicole McMahan has been singing and performing since middle school, using the stage as an opportunity to connect and empower others. “I’m such a feeling-driven person,” she says. “I love the feeling of being on stage and feeling like other people have similar experiences to me and that I can influence people for good.” Supported by an uber-talented team of musicians—including her husband, Gavin McMahan (keys, producer), Tanner Thorne (guitar), Dan Ekberg (bass) and Jake Smith (drums)—McMahan sees performing as a service to her audience.

Her journey as a performer began in high school, where she earned a solo role in the annual choir show. As a sophomore, this audition also earned her a spot in a few competitive choirs. This was a huge accomplishment for McMahan, who says, “It was the first time where I was like, ‘Oh, I could be a performer. People like when I sing.’”

Now, as a seasoned performer, McMahan loves that part of her job. For her, performing is an art in itself and she is thoughtful about the structure of a show. She says, “It’s like building ethos with [the audience], allowing them to see different parts of you as a person at the appropriate times.” It’s always important for McMahan to start with a song that represents who she is, because “a lot of times when you’re playing a show, your audience doesn’t know you … You’re just introducing yourself to the audience,” she says. “You’re saying, ‘This is who I am, you’re safe with me, come on this journey with me.’” From there, it’s a game of raising and dropping the audience, finding a balance between surprise and expectation, high energy and super-low, acoustic moments while always ending on a high note.

McMahan started performing despite what other people told her. She says, “I started performing kind of to deal with a lot of trauma.” Being told by a voice teacher that she wasn’t capable of belting or singing loud, she felt silenced and incapable of commanding a stage. Eventually, she decided to push past that lie and chose a positive response. Now she has a purpose—to go out and “tell everyone in the audience that they can be loud and they can take up space and they can tell their stories.”

In 2022, McMahan and her band aim to release a new single every month and, of course, continue performing live as much as possible. You can stream her songs anywhere you get music and, to keep up with what she’s doing, follow McMahan on Instagram @nicole._.mcmahan or on TikTok @nicolemcmahanmusic.