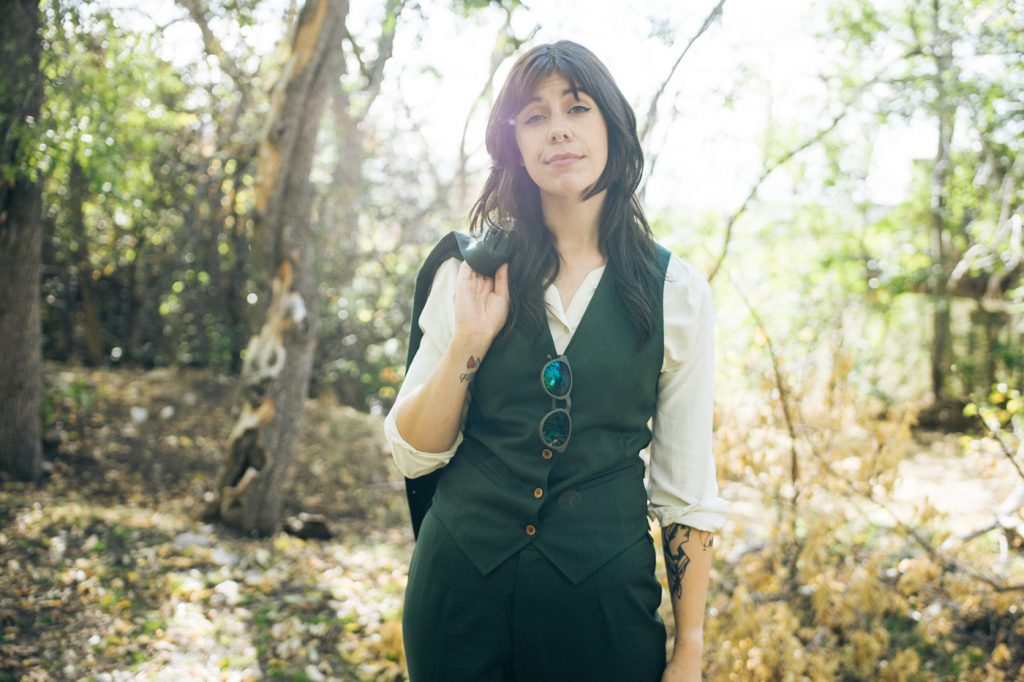 Josaleigh Pollett returns to SLUG Soundwaves for a second time following her first appearance in July 2017. After Pollett released her previous record, Strangers, she stopped recording and creating all together in 2017–2018. She described this time as a “lost year,” where she didn’t really listen to music or challenge herself.

While also dealing with the grief of losing her stepfather in 2018, Pollett went through a divorce. Acquiring a new electric guitar pushed her to express more, take up more space and process the painful events of the time. The purchase changed how she was writing and performing. She then started writing her 2020 record, No Woman Is The Sea, in response to these “scary feelings,” as she puts it. The album pushed her to heal, process and move forward as a new person.

Pollett describes No Woman Is The Sea as her “divorce record.” “For me, it’s the divorce from that autopilot version of myself, the divorce from this relationship that was no longer good for me and the divorce from this weird, oversimplified, overcomplicated version of me that thought she had it all figured out,” she says. There wasn’t a core theme for the album, rather a cluster of her messy emotions of the time. This is also reflected in the record’s flow and multitude of genres present throughout the songs.

Unlike most of the songs Pollett had written before, No Woman Is The Sea cut “Weightless” wasn’t one that dealt with the messy feelings of heartbreak—it was about grief. She describes having a long day of planning and organizing when it came to her stepfather’s death and funeral, and the song was that exhaustion of grief. “It was really just about death and grief and a lot from the perspective of me having a conversation with what I perceived to be death,” she says.

Pollett was unable to celebrate No Woman Is The Sea during its release due to the COVID-19 pandemic, but as shows picked back up again this fall, she was able to catch up on what she missed and even sold out of all records. While Pollett has been sifting through some ideas for the future, she plans to take her time with another album and will be writing, recording and brainstorming for the time being. To keep up with any shows or releases from Josaleigh Pollett, follow her on Instagram @brosaleigh.