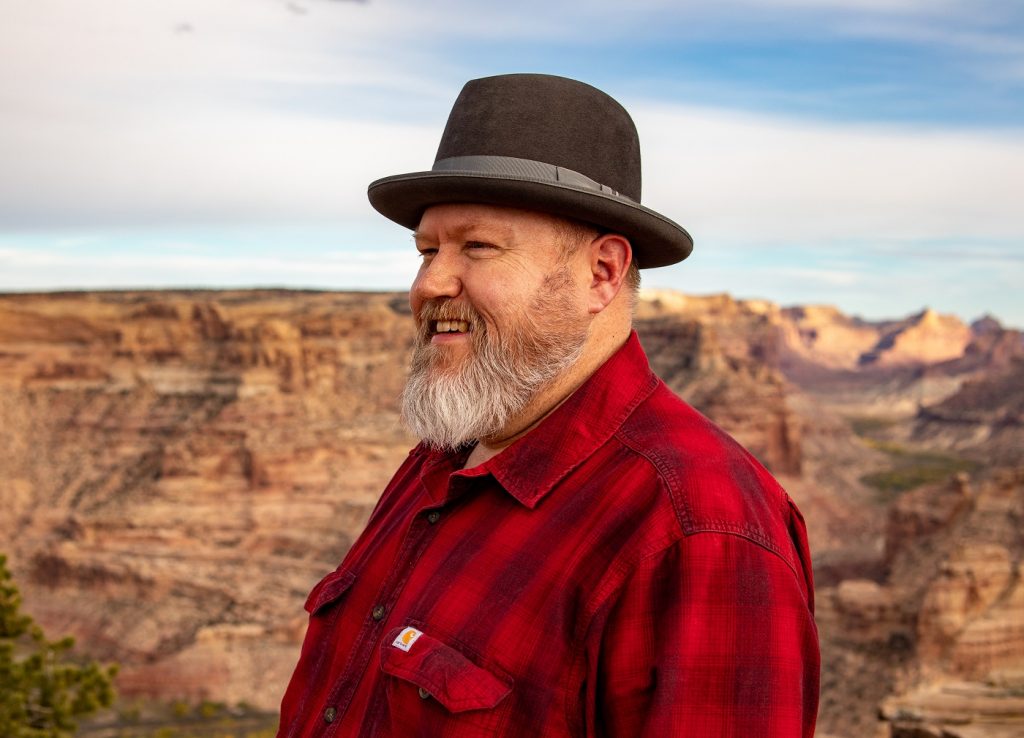 Growing up, Mike Barclay’s eclectic music taste ranged from Hendrix to The Moody Blues to ABBA. Whatever the style, Barclay found himself drawn to the funky and chunky sounds from the drums, bass and guitar. It was this attraction to funk and chunk that would later launch Brother Chunky.

It wasn’t until he was 21 that Barclay began to play guitar. While attending college in Southern Idaho, a roommate of his turned Mike loose to his extensive guitar collection while also giving him tips and showing him a thing or two. From then on, Mike became hooked on the guitar.

Around 1994, Barclay decided on chunky rhythm blues as his genre and the band Chunky was formed. Mike worked with a part-time radio DJ who he frequently pestered, asking him to visit one of his shows. To Barclay’s surprise, he responded, “I’m never going to hear you play until you have a song called ‘Chicken Pot Pie’.” It was under this bet that Mike would create what is now his most popular song … you guessed it, “Chicken Pot Pie.”

After Barclay took a hiatus from playing music, digital audio workstations became all the rage in 2003. Barclay said to himself, “That would be a really fun hobby, to record music at home and see if I could put together some of these goofy songs I’ve written and have fun with it.” He quickly found a 16-track Yamaha digital recording unit and immediately began recording his songs this time under the name Brother Chunky. After just one week, an internet radio host from Illinois messaged Mike asking if he could put the song “Chicken Pot Pie” on his radio, to which Barclay enthusiastically responded, “Oh my gosh, yeah, of course, heck yeah, play it all you want!”

One of Brother Chunky’s notorious attributes is his genuineness, whether it’s his budding personality or his never-ending support for others establishing their own music. Barclay aspires to help anyone who’s taking the risk to create. “[With] what I do on stage and the songs I write and the songs I play, I’m not trying to be anyone that I’m not,” he says. “It’s just who I am, so my goofy humor [and] awkward shyness … all comes out. Like it or leave it, that’s what you get with Brother Chunky.”

Brother Chunky will be playing at the Wildflower Grill at Snowbird on Thursday, December 30 at 6:00 pm. You can buy your tickets for his upcoming shows at his website, brotherchunky.com. You can also find his music on Apple Music, Spotify or his preferred method, Bandcamp.