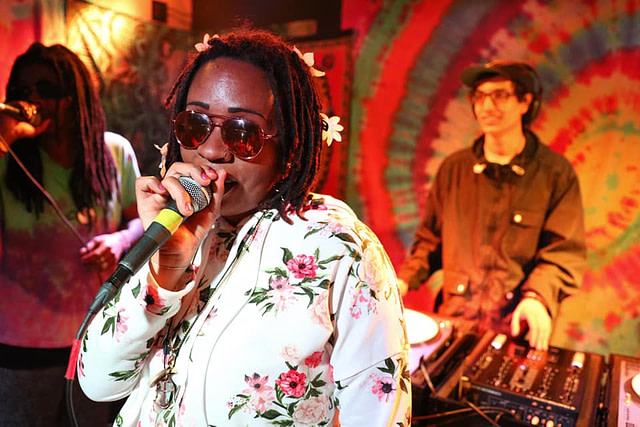 Cassie Houston (A.K.A. The Pho3nix Child) is a self-described “non-binary, femme-presenting, bi-polar poet, rapper and dancer from Salt Lake.” Houston’s ultimate goal is to spread their message, whether that be through poetry, hip-hop or anything else. “I [care] about and resonate with the fact that people can feel my message. That matters to me more than anything,” they say.

As they came up, Houston didn’t feel like there was much of a place for femme rappers in the city. “I feel like it’s important to show face as a queer, femme-presenting person in Salt Lake, especially with the scene just being so masculine,” they say. “There’s not many of us, you know.” Houston’s love for the SLC queer community and performance art has inspired their journey as a musician and artist. “I really think that gender identity is a systematic placement put on us by our society to make us conform. I feel like it’s important to recognize that gender is really based off of a persona—the way you dress, the way you act, the music you listen to. It’s really, really stupid.”

Along with Houston’s deep care for the messages received through their music, they also prioritize the intentions, timing and authenticity of their production. They work at their own pace and let creativity come naturally. “My album was supposed to come out on August 20 last year. I just wanted to make sure that it’s going to sound like and feel like Pho3nix Child is supposed to sound and feel, 100%,” they say. “How am I supposed to nail that down for the city, the world or whatever if I don’t know what that sound is?”

You can find Pho3nix Child on Spotify alongside Icky Rogers on the Midnight Maverick album. Houston also makes music videos on their YouTube channel. Pho3nix Child will be playing at SLUG’s 33rd Anniversary Party and Death By Salt Volume VI Tape Release on February 11 at Urban Lounge. Don’t forget to keep up with them on Instagram @pho3nixwitha3!