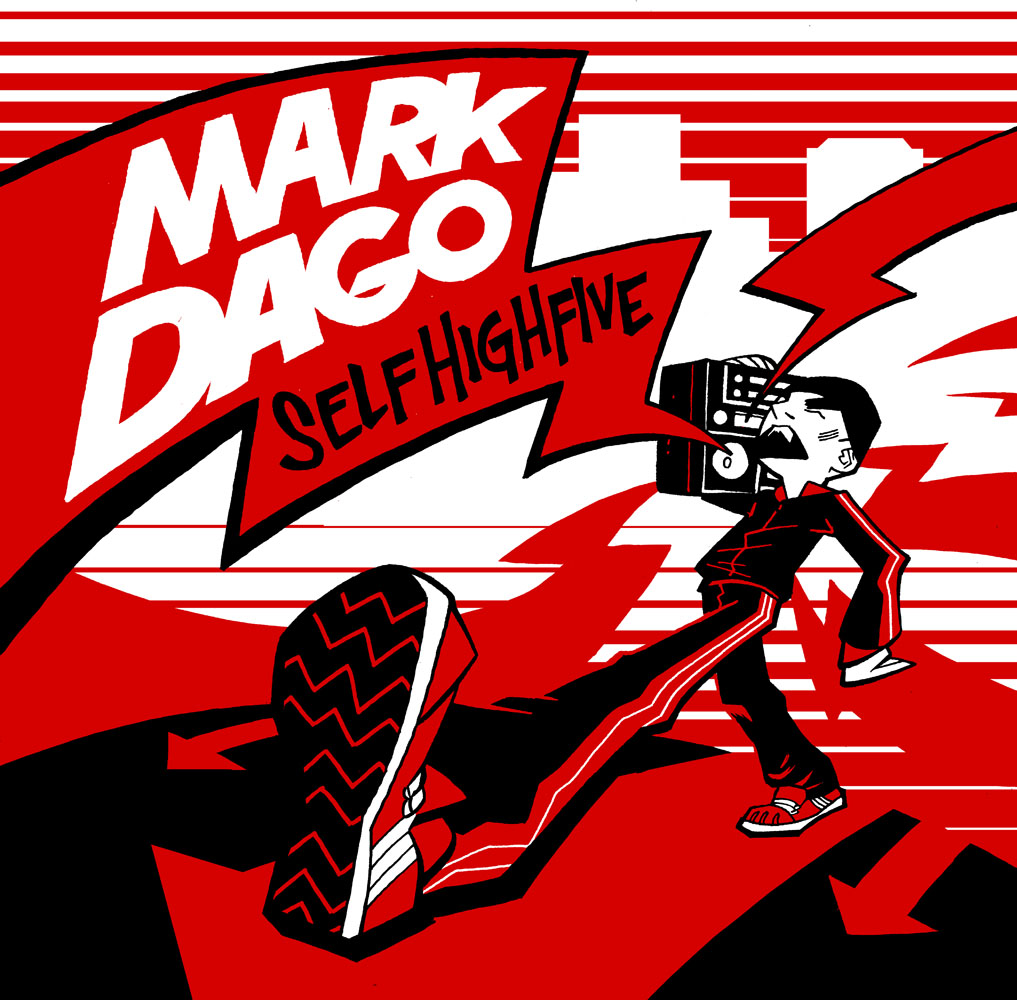 If you’re looking for that perfect mixture of rap music and classic video games, Mark Dago has exactly what you need. Dago is a local rap and recording artist from Utah County who performs with numerous projects, including ’90s group Numbs, Lord British (David Payne) and solo works. Dago and Payne have been participants and performers at Salt Lake Comic Con for the last three years and also play yearly at Seattle’s Penny Arcade Expo. Dago’s goal is to expand nerdcore and nerd culture in Salt Lake City—already deemed the “nerdiest city in the world.” Dago’s music gives a unique flavor to the ways in which rap and nerd culture are represented.

The Numbs bandmates found one another in high school. “The ideas that six like-minded kids would get together in Provo, Utah, to form a rap group in the early-’90s is kind of crazy,” says Dago. “We’d all been rapping at clubs and we met and kind of formed a band.” After playing a few successful shows, the next step was to create album after album. Even in ’97 and ’98, when two band members left, the Numbs continued to passionately create music, eventually catching the attention of Guapa Records, who helped fund their record The Word. “We were able to get tracks licensed on video games, television shows and films, which gave us enough income to make our own studio at that point.” After recording more albums, the band took a break in 2005 to allow for the group’s members to work on solo or other projects, including Dago, who put out solo discs and tapes.

“Within the last year, we started talking again,” says Dago. “I was supposed to do a solo show for the Craft Lake City DIY Festival and asked if we could do Numbs stuff instead. We all got together, practiced and rehearsed. It felt like no time had passed.” Not wanting to half-ass the show, Numbs put everything they into the music to make sure it sounded great, even going so far as to write a new song together. “We thought, ‘Well, maybe we’ll just do a song and put it up on Bandcamp for people to have before. None of it seems phony—it seemed legit.” Currently, Numbs are planning out more music. “I would love to get the whole original lineup,” says Dago. “The disc that we did in ’96 was very experimental, as in: We didn’t have any clue as to what we were doing. I think that’s what gives it an endearing quality, the fact that you don’t know what you’re doing, and the energy involved with something like that when there’s no map or diagram, and you just go in there and try and do it—that’s what I want to try and do again.”

Outside of Numbs, Dago is working with David Payne. They’re currently preparing for this Spring’s upcoming Fan X. “We’ve got a couple months to do stuff,” says Dago. Recently, Payne has composed technology that can make tracks quickly. “Like Mark was saying,” says Payne, “Live is the best, fast is the best, and off-the-cuff is the best. We’re going to make some tracks really quickly with this thing I’ve made—Lord British’s key-tar.” Another invention of his are Space Invaders amps: light-weight, omnidirectional sound-system speakers that make for easy setup. Another of Payne’s latest inventions is an album case made purely out of chocolate.

Innovation and creativity are central to Lord British and Mark Dago’s music philosophy. “I feel like I’m always trying to improve my craft,” says Dago. “The idea is to always innovate with something. You’re always trying to take it to the next level, even if it’s trying to spit words out and make them rhyme.” One of the ways that Dago stands out is his love for nerd culture and fandoms. “We think that nerdcore can encompass anything: rap music, rock music, electronic,” says Dago. “There’s my bit where I’m just rapping over old, Nintendo, 8-bit samples with drums behind it.” Living in a state so saturated with nerd culture, Dago hopes to expand love for nerd music within SLC. “Salt Lake is interesting because there are so many creative people here and so many different types of music, but a lot of people here like nerdy shit,” he says. “Some people might think of nerdcore as goofy and stuff like that, which I don’t look at it that way. It’s taking stuff you’ve always loved and branching off into another subset of music, another branch on the tree.”

If you are hoping to check out Dago before Fan X, he’ll be playing Twilite Lounge on Nov. 30. Dago and Payne are also hoping to create a monthly event at the Watchtower Café—a geek-based coffee shop—to promote a fun, free, nerdy time for all ages. Check out Numbs’ “What More Can We Say,” a throwback, Beastie Boys inspired track with a modern twist, on this podcast. For more information, visit markdago.bandcamp.com where his music is available for free download, or numbs.bandcamp.com.