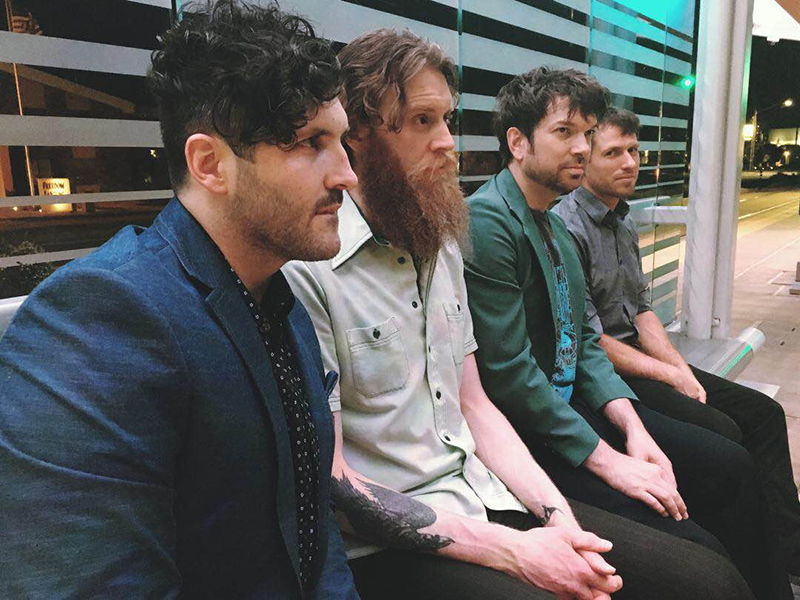 Salt Lake City’s ’90s-influenced band, The Statuettes, is a music group that locals will want to know and love before they take off. With four EPs, three full-length albums and having numerous features on a variety of television networks (including ABC, NBC, USA, FX and MTV), the Statuettes’ sound is growing in popularity. Michael Gross, vocals and guitar, formed the band in 2008 along with bandmates Jimmy Kelly (guitar, keys), Ben Johnson (bass, keys) and Todd Hammond (drums). Their most recent album, Modern Despondence, is a pop/rock fantasy with a pure sound.

Modern Despondence is different from its predecessors, namely in the way that songwriting was approached. “In the past, I would come up with ideas myself,” says Gross. “Maybe a rough outline of a song and melody, and we’d hash things out and work on parts. But when you’re a band for a long time, you look for ways to keep things fresh and interesting so you’re not always doing the same thing. So for this one, I wanted to try something that we hadn’t ever tried: I wanted to write a full song in one rehearsal session.” The band members came together nine times for one-and-a-half to two-hour rehearsals, each time creating the tracks that would comprise the new, nine-track album. “It forced us to be creative. We had no other option.” This forced creativity paid off in the long run, as the album has a pure blend of music that also allows its listener to distinctly hear each element.

The pureness of the album, according to Gross, is mainly attributed to recording studio. “We recorded in Los Angeles again,” says Gross. “We have a good friend there who is a fantastic engineer / producer / musician, and he recently had a studio space that he opened with a friend of his in Downtown L.A. in a loft of an old building. We recorded five songs in three days.” Having prepared everything beforehand, the bandmates were prepared for concentrated sessions of jamming. “We also have friends out there in southern California and the greater L.A. area,” says Gross, who enjoyed the work-on-vacation atmosphere and seeing friends from old shows and tours.

The record’s production value alone is worth listening to the album. “When I hear super-clean, that just means clarity that you can hear everything that’s being played,” says Gross. “You can hear the kick drum as well as the keyboard, the guitar and vocals. That’s what I look for in a record, personally.” Gross’ vocals are a mixture of raspy and pure—a blend that makes for smooth listening. The instruments can all be heard distinctly, and no one instrument is more overpowering than the next. It isn’t a shock at all that people have connected to the music. “We had a release show, actually, in Ogden on the rooftop of a place called Alleged,” says Gross. “As we were sound checking, a few people were there having a drink. They decided they liked what they heard, so they actually came back a couple hours later just to see us and bought an album.”

The Statuettes’ next goal is to keep growing and continue showing their music to people. “Aspirations for the Statuettes is to just keep writing and releasing more music,” says Gross. He is hoping to hear feedback from people who have never heard them before or who are outside of the Statuettes’ friend circles. “When I get an opinion outside my sphere of people, I feel like it’s more honest. They’re more objective.”

The song you’ll hear on this podcast is “Heartbreaker” off of Modern Despondence. If you want to support the Statuettes, there’s a few ways you can do that. You can download or stream their music from thestatuettes.com and digital retail sites, such as ITunes. You can also support them by attending a local show, which they post on their website.