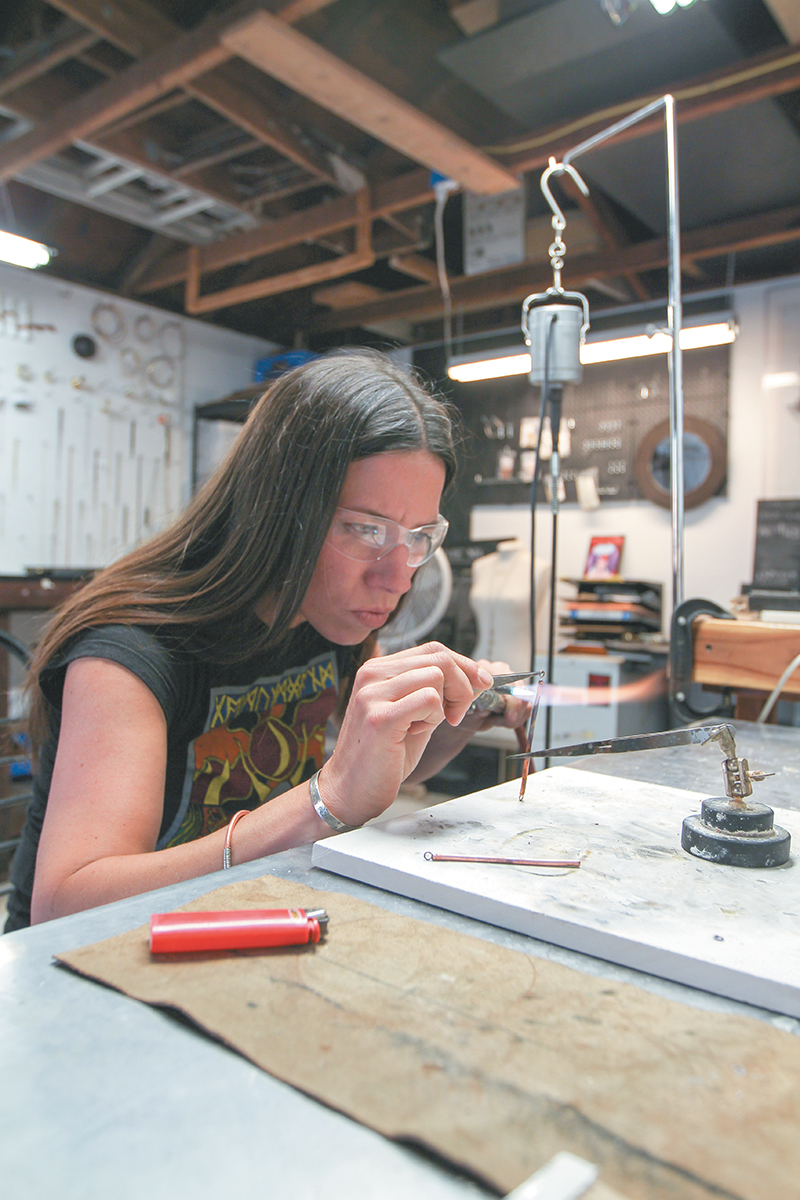 A native Salt Laker, DiMeo quickly picked up metalsmithing after soldering for an audio company and taking a couple of classes, but she more seriously began making jewelry in 2011, compelled by the potential to create wearable art. Craft Lake City’s 2013 DIY Fest—where DiMeo shared a booth with her father, artist Gregory L. Nelson, who will also present at this year’s festival—was the first time DiMeo put herself and her work out there, and the overwhelming, rewarding response was her first major eye-opener. Fast-forward to last year, when DiMeo completed the massive, six-month-long project of turning her garage into her own studio, installing everything from insulation to drywall and equipping the space with countless materials and tools. “Building this studio was acknowledging the fact that I need to do this, to make things, to be tied to this,” says DiMeo. “Making jewelry has changed who I am as a person.”

One of DiMeo’s newest lines, which she’ll showcase at the 2016 DIY Fest, comprises a series of  visually striking statement rings on a mission. DiMeo has partnered with the Rock n’ Roll Camp for Girls – SLC, to which a portion of the collection’s proceeds will be donated. The rings are arresting and beautiful, featuring large, semi-two-dimensional designs that rise from the finger: Some are pointed with cutouts, others are solid and curved, and one has serrated edges. “These rings are designed for wear, style-wise, but they could also be used to protect yourself,” says DiMeo. “These draw inspiration from the idea of putting armor on to create an awareness amongst ourselves—especially as women—to watch your back, to watch your sister’s back … to feel confident and empowered.”

For those looking to get dressed to kill, DiMeo’s work is available online, at the DIY Fest and at the Utah Museum of Contemporary Art.