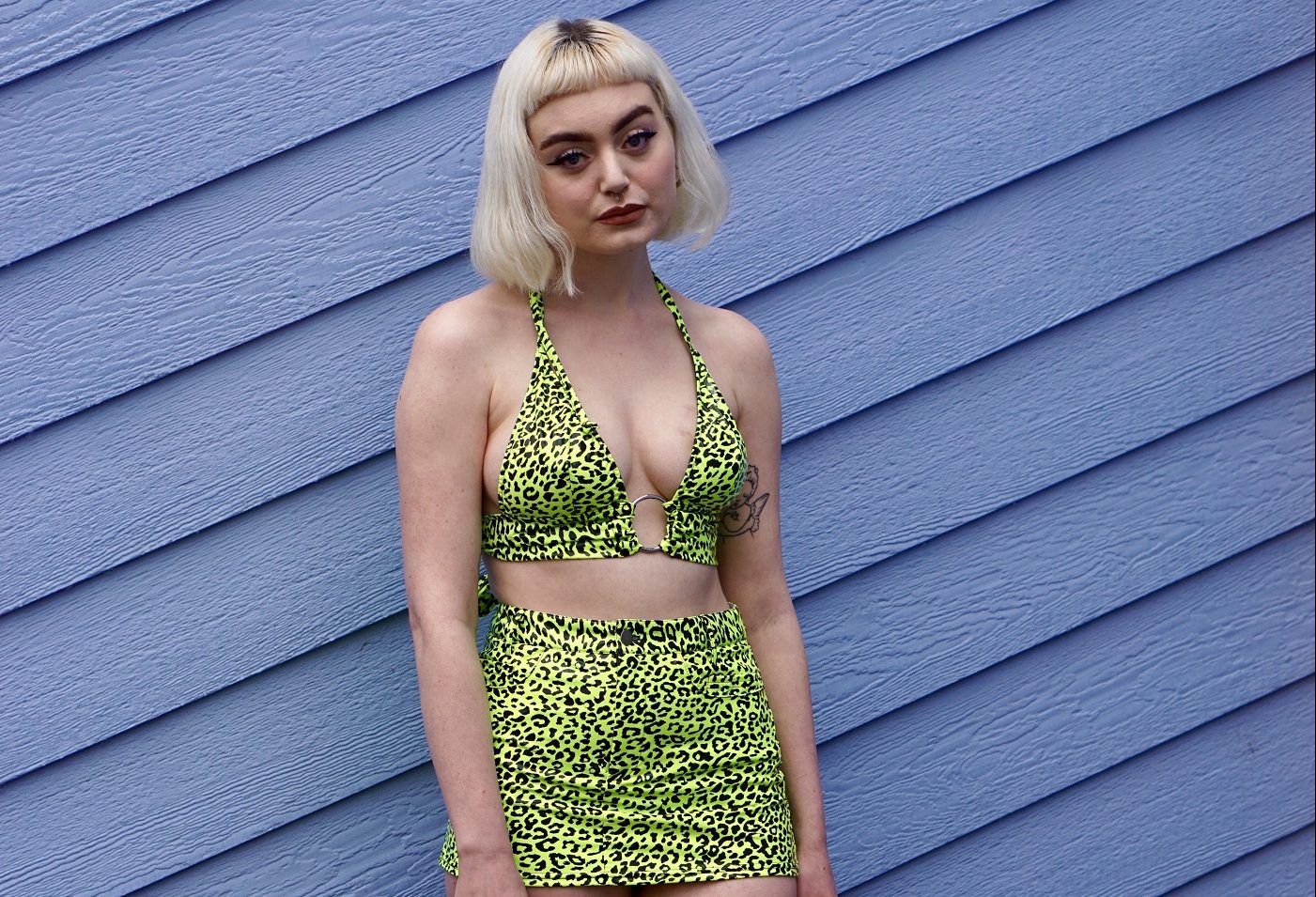 karun_the_wzrd’s (Karen Davis’) photography floats in an ether, mashing together different eras into hazy film photos that depict surreal dream worlds. A lifelong photographer, Davis approaches their craft with a prevailing sense of intuition and naturalism. Whatever oddity or otherwise reality-distancing qualities their work exudes, Davis’ thoughts on and explanations of their work reject pretension and instead embrace humility (When I ask them if they feel especially proud of any particular projects, they quickly retort with, “I try not to boast my work, that’s not the kind of person I am”). Of the defining principles surrounding their photography, Davis says, “Most of the time it’s just my friends and I just having fun and expressing my art in that way. I’m not looking for a public gain. I’m looking just to create and have fun and gain memories.”

With the whole of their oeuvre shot on film, the medium’s inherent tics and eccentricities define the worlds of Davis’ photos. “The downfall of it is you’ll never know what you’re going to get,” they say before immediately looking toward the silver lining within film’s unknowability: “That’s always a treat, because you’re so excited to find out.” While Davis has gotten into the habit of brining three or more cameras on each shoot to open up more options, their go-to is still the tried-and-true point and shoot they’ve been using since they first dove deep into film photography in 2016. “It’s just my go-to camera,” they say.

“I’m looking just to create and have fun and gain memories.”

Despite this long-term relationship with their chosen medium, Davis looks toward more abstract concepts for artistic influence against to the pull of formalism and technique. “I’m really inspired by spirituality, death, love, mysticism and a lot of different things,” they say. “I love looking at old things, especially movie.” The effect of the Big concepts and themes on Davis’ photos is to imbue the imagery with a feeling both familiar and distancing, a combination of recognizable touchstones (particularly through costumes and props) and the unsettling feeling of seeing something titled slightly away from convention.

Following their love for the ephemeral and the antiquated, the full effect of Davis’ photos comes from their highly intentional combination of lighting, set design and costume choice that drags these photos away from a graspable reality. In approaching these aspects, Davis relies on the same sense of unlikely intuition that drives their shooting process: “I pretty much just put [together] colors that I think would not match, but then they end up looking great together for some reason,” they say, nothing that chance grabs from thrift stores and antique shops often define each project. From a stunning shot of someone in a Day-Glo leotard riding a pre-digital analog bike next to a static-laden box TV to the abundance of frills, knee-high socks and old-school headgear that lace their photos, the ghosts of consumerism’s past haunt the beatific sheen of these scenes’ serenity.

If the outline of Davis’ shoots lives in uncertainty, the resultant images feel anything but tossed off or incidental. Certain imagery—lingerie, vintage electronics, soft pastels—appear in each photo, and confronting Davis’ portfolio in its whole resembles a submersion into an alternate reality, a feeling similar to the encompassing worlds of film directors such as Alejandro Jodorowsky, Gaspar Noé or, Davis’ personal favorite, David Lynch. “It’s important to find your specific style but not stick to one certain thing, because that is obviously just going to put you in a box,” they say. Whether they’re toying with subversive innuendo, reimaginings of of pin-up girl aesthetics or the fluorescent-tinged fog of early-alternative nostalgia, Davis’ photography takes the soul of what was and is and filters it through their own warped spectacles.

Scrolling the Davis’ Instagram feed from bottom to top reveals a growing comfortability with invention and a willingness to experiment further within their self-constructed dream worlds. “I think that’s the most important thing—constantly trying to reinvent your talents,” they say. “I’m not trying to put a message out there necessarily, but it’s just me and myself,” the specifics of which change on a yearly, daily, hourly basis.

And so for Davis, artistic growth falls neatly in line with their personal growth. “I would say a lot of things that changed for me was just becoming my own person and my own personal growth,” they say. “Obviously, we all are evolving and changing into the person we’re supposed to be, so I feel like that has helped me grow my style.” What that personal growth may look like in the impending future is anyone’s—including and especially Davis’—guess, but each new project veers closer toward a perfect portrait of their unique vision of the world. Follow Davis @karun_the_wzrd on Instagram to keep up with their prolific and ever-expanding body of work.