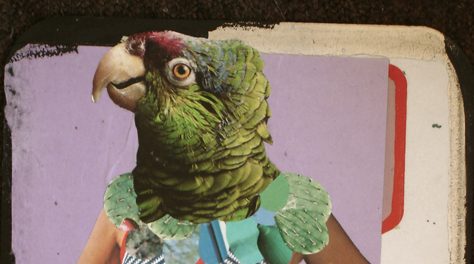 I’ve long said that art happens all around you. You just need to take the time to notice. The official Gallery Stroll takes place on June 19 from 6 – 9 p.m. That third Friday of the month is a wonderful place-holder for your monthly dosage of art appreciation, but several spectacular events take place throughout the month. SLUG offers a snapshot of a few of the June’s Art Happenings.

June 12 and 13, Salt Lake City’s artists will showcase and compete in an urban art face off. Nine artists will each be given a garage door and 18 hours to paint a masterpiece in a contest called Face Off at the Urban Gallery, curated by the 337 Project. The nine garages will be visible for several months at Neighborhood House (1050 W. 500 S.) The Face Off is a great chance to see artists at work, covered in paint and under a deadline. Stop by Friday from 2 p.m. – 8 p.m. or Saturday from 8 a.m. – 8 p.m. and vote for the work of art that you think should win a $1000 audience choice award. Staff from the Utah Museum of Fine Arts and the Salt Lake Art Center will be at the Face Off to provide an opportunity for children to paint their own “garage doors.” Competing artists include John Bell, Ruby Chacon, Dan Christofferson, Alex Haworth, Gailon Justus, Chuck Landvatter, Jimmy Lucero, Emily Plewe and Ben Wiemeyer.

On June 19, Nobrow Coffee & Tea Company (315 E. 300 S.) will welcome the FUN IS DEAD show by Mike Murdock. Contrary to the show’s name, Murdock’s art is strongly influenced by the urban arts scene and exhilarating days and nights of skateboarding.  FUN IS DEAD radiates the feeling of summers spent playing in the sun, reading comic books and observing creatures in the clouds.

Since this is the beer issue and I know many of us equate summer with drinking beer at outdoor festivals, it’s time again for the 33rd annual Utah Arts Festival at Library Square.  Running June 25 – 28, this year’s festival features over 130 visual artist and several artist demonstrations.  Don’t just observe though … get involved! Stop by the Saltgrass Printmakers booth any time for a relief printing demonstration or time it right at 2 p.m. or 7 p.m. and they’ll fire up the steamroller printer to make some big woodcut prints.

Check out the Gallery of Urban Arts, which has something for everyone. Being the fashionista I am, I’m most intrigued by the AIGA, the professional association for design workshops on creating accessories out of reclaimed billboard and vinyl material. Now is your chance to design a one-of-a-kind handbag, wallet or tote by turning once giant images into cool and useful recycled art.  No experience is needed and classes will be held daily throughout the festival at 1:30, 3, 5 and 7 p.m.