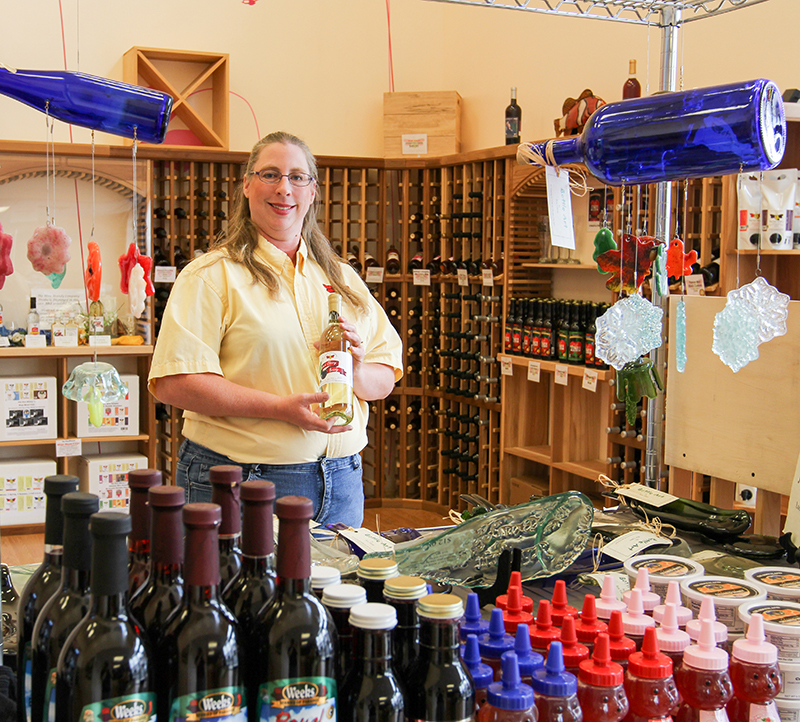 Brandy Is The Buzz At The Hive Winery

An offshoot of the winery, The Hive Brandy Company is an even smaller operation. “It’s a very small operation,” says Lori Yahne. “I like to call it a nano-distillery.” Along with her husband, Jay, the couple turned their hobby of winemaking into a profitable small business, making some of the most innovative wine in the state. Producing just 12 to 16 barrels of brandy per year, The Hive Brandy Company has made a name for themselves by becoming the first brandy distillery, however small, in Utah.

Needing a good brandy to fortify their wines, the decision to start the brandy business was born out of necessity. “The closest place to get a nice fruit brandy is in Grand Junction, a five-hour drive from Layton,” says Yahne. “We couldn’t find anything to work with.” In January of 2015, the Yahne’s DIY spirit took over, and they started to distill their own brandy, using their own fruit wine.

The word brandy comes from the Dutch word “bredewijn” meaning “burnt wine.” Brandy is wine distilled to create a stronger, more intense spirit with a higher alcohol percentage. Using fruit wine instead of the traditional grape wine, The Hive Brandy Company makes a variety of unique and delicious brandies. The Hive Brandy Company’s most popular offering, the Black Cherry Brandy, is made with 11 pounds of sweet Utah black cherries per bottle. Light vanilla notes and toasted french oak notes even out this liquor. A 750-ml. bottle of Black Cherry Brandy costs $68.95, so it’s perfect to enjoy on special occasions or to give as a gift. A more affordable, everyday option is the Strawberry Lees Brandy. This brandy is un-aged with a strawberry scent and earthy tones. A 750 ml. bottle is only $24.95. A fabulous addition to your home bar, brandy is a sophisticated drink—warming like whiskey and perfect to sip on during chilly winter nights.

The difference between making wine and brandy is distillation. Making brandy starts with making wine—a straightforward process. Yeast feeds on the sugar, turning the sugar into alcohol. Once the yeast has eaten all of the sugar, the fermentation is complete. To make brandy, you simply distill the wine. “The distillation process is essentially boiling the wine to extract the alcohol from the water,” says Yahne. “The products will have a much higher proportion of alcohol than it started with.” The distilling process is fascinating. “Using an induction cook method (meaning that the vessel itself does the cooking) instead of an open heat source, we bring the wine to a boil. As the wine boils, it rises to the top. The steam is trapped, and then the vapor from the steam turns to liquid—and that is the liquid that becomes brandy. If it’s done right, the brandy will have the essence of fruit. The pear, for instance, has a nice aroma and flavor, but it’s not sweet. It burns all the way down like a whiskey.” 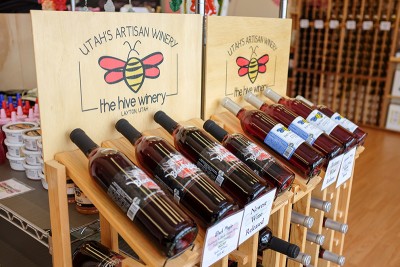 The next step in making brandy is aging the liquid. Since oak barrels are costly, The Hive Brandy Company opts to use the same tanks they use for their wine. “These allow oxygen to interact with the spirits, to age and mellow the brandy,” says Yahne. “If we need to impart an oak flavor, we use oak chips.” Some of the brandies skip this step, like the Strawberry Lees or the Cranberry Lees.

The final step is the most important: Enjoy the brandy. “Use a brandy snifter, a large wine glass with a wide open base and a narrow top,” says Yahne. “The heat of your hand on the glass releases the aroma, which is a large part of enjoying brandy. Just swill the the brandy in the glass and sniff.” Although you can use brandy in cocktails, Yahne opts to enjoy it simply. “I prefer brandy neat: Just pour an ounce and sip for an hour or two. If you’re inclined, you can add a splash of simple syrup, which draws out the fruit flavor. You don’t want to mask the complex flavors of the brandy.”

The Hive Brandy Company only sells their brandies at their winery, The Hive Winery, located at 1220 W. 450 N. in Layton. There are 40 varieties of wine, six types of hard apple cider and seven flavors of brandy to choose from. Since their batches are so small, bottles of brandy have been flying off the shelves.